Gul: Turkey wants stronger relations with Lebanon in all fields

Turkish President Abdullah Gul expressed Thursday his happiness over the establishment of the Lebanese government under the leadership of Saad Hariri and his wish to strengthen relations between Turkey and Lebanon.

In a meeting with al-Hariri in Copenhagen President Gul told Hariri that Turkey’s support of Lebanon would continue and stressed that he wants to strengthen Turkey’s relations with Lebanon in all fields.Turkish Press 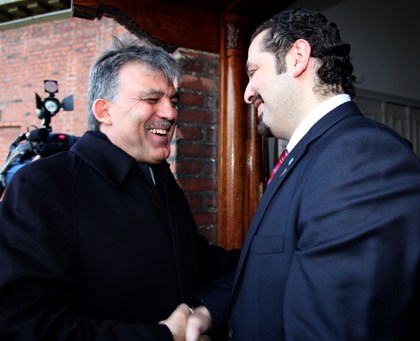