Aoun in Syria for talks with Assad

Aoun returned to Beirut following his trip that lasted only a few hours. 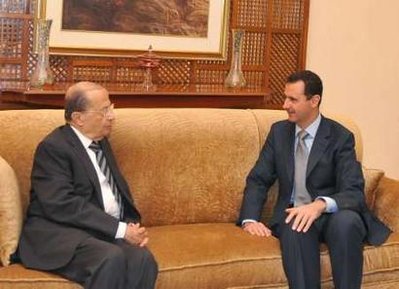 MP Michel Aoun ( L) with Syrian President Bashar Assad. LBC TV reported that the Syrian president had sent a private jet to take Aoun to Damascus along with former minister Michel Samaha and a delegation from FPM.