by Ghassan Karam
798
By Ghassan Karam Reading the news accounts about the press conference held by Finance Minister Raya Hassan was a cause for bewilderment and even confusion.
Share: 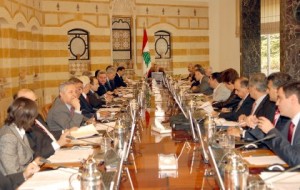 Reading the news accounts about the press conference held by Finance Minister Raya Hassan was a cause for bewilderment and even confusion. The problem does not rest only with what the minister said and what she chose not to say but the real problem is in the lack of any meaningful critical coverage of that event by the press who seem to act as cheer leaders for whatever the officials say.  This dereliction of duty on the part of the media plays a seminal role is keeping the Lebanese citizen in the dark. Ms. Hassan and the Lebanese government have every right to boast for having completed rather successfully the issuance of $750 million in Eurobonds but they have no right to present the event as being a huge accomplishment and to pat themselves on the back and to act ecstatically by describing the event as an accomplishment that is unique and extraordinary.

The fact of the matter is that Ms. Hassan has chosen not to describe in any detail at least three problematic areas:

Although Lebanon has one of the highest proportions of national debt to GDP in the world, the Lebanese national debt has so far been looked upon as being “manageable” simply because most of it has been issued to domestic institutions.  Whenever the percentage of the national debt of any country that is held by non residents grows then that debt becomes a greater burden on the issuer if for nothing else but the resulting drain on its own domestic resources that would be required each year in order to service the foreign held proportion of the debt. Yes it is a sign of confidence when foreigners are willing to hold another countries debt but by doing so the issuer is in essence contributing to an increase in its vulnerability. All other things being equal domestic lenders should always be given preference.

The currency in which national debt is denominated is at least as important as foreign ownership and possibly even more so. The principle behind this is simple and straight forward. Whenever an individual, a firm or a government agrees to issue a liability in a foreign currency then that entails, besides all the regular associated risks of investing the proceeds productively and efficiently, the acquisition of an added risk, the foreign exchange risk. Actually most savvy investors would never hold an open liability denominated in a foreign currency without taking measures to hedge against the foreign exchange risk. It is incredulous to find out that the Lebanese government is proud of the fact that it is acquiring more risk.

And then there is the interest rate. Again it is understandable when the Lebanese authorities are glad that the Lebanese sovereign debt rating has allowed them to borrow at 5.87 % for 5 years and 7% rate for 15 years. Things could have been worse but they sure could have been much better had it not been for the weakness, whether perceived or actual is not important, of the Lebanese economy. The Finance minister is glad that the latest 5 year issue carries a 5.87% interest rate but she does not share with the press that there is lots of room for improvement and that this rate is good but is not acceptable when the going rate for 5 year notes is only 2.03% ; That is less than 35% of what Ms. Hassan is proud of.  The same thing is true of the 7 year yield curve, the going yield on the 7 year notes is 2.74% which is under 40% of the winning bid.

The Finance ministry and Ms. Hassan have a responsibility to become more, much more transparent about the decisions that are being undertaken to finance the Lebanese national debt.  We are the ones who will have to pay back this debt and so we have the right to know the rationale for the excessive foreign exchange risk, the need to increase the proportion of foreign ownership and we have to be told the unvarnished truth about the winning bid in addition to other interest rate yields in the market.