by yalibnan
1479
Switzerland's decision to adopt a referendum banning the construction of minarets is hard to see as anything other than an act of bigotry against Muslims.
Share: 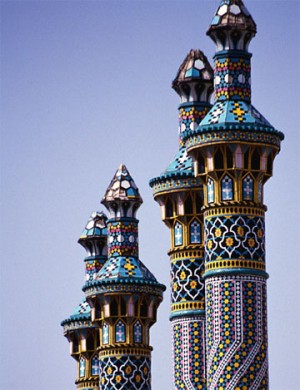 Switzerland’s decision Sunday to adopt a referendum banning the construction of minarets – the tall spires with variously adorned tops that accouter some mosques – is hard to see as anything other than an act of bigotry against Muslims.

Ostensibly sold to voters as a weapon against Islamism, an all-too-real political phenomenon in Europe, this new law in fact makes no distinction between religion and ideology, instead choosing to alienate the primary victims of Islamic fundamentalism and the best allies of Western liberals – moderate Muslims.

The minaret ban also marks the first instance in which a European constitution has had to be revised for purposes of civil architecture. Take that, Osama.

As ever, context is important. The referendum was the brainchild of the Swiss People’s Party and the Federal Democratic Union, which must be the only xenophobic parties on the Continent to express themselves quadrilingually. The populist right in Switzerland may position itself as anti-immigrant, but it will inevitably confront an electorate consisting of German, Italian, French and Romansche communities – muddy terrain indeed in which to launch a war of bourgeois cultural purity.

Despite assurances from the Swiss Justice Minister Eveline Widmer-Schlumpf that the referendum, passed by 57.5% of voters, “reflects fears among the population of Islamic fundamentalist tendencies,” the posters lobbying for the ban were not so much Islamophobic (a meaningless term) as they were Islamoridiculous. In one, a veiled woman stands athwart a Swiss flag dotted with missile-shaped minarets, as if Katyusha rockets were being launched from call-to-prayer towers in Montreux. (Though there are hundreds of mosques in Switzerland at present, there are only four minarets, a statistic that makes the new law as pointless as it is provocative.)

Another poster features a trio of white sheep booting their one black cohort off the flag. If this is a metaphor for anti-jihadism, it’s too euphemistic to be taken seriously. If this is racist propaganda, it’s too inclusive to work, evoking a cliché description of an obnoxious or unruly family member rather than an enemy alien.

The Swiss minaret proscription has been likened to the French government’s decision to “oppose” the burka, the head-to-toe garment worn by many Muslim women by choice or, as is more likely the case, by male coercion. It is a false analogy.

For starters, France has so far passed no law prohibiting the burka; a National Assembly inquiry was inaugurated in late June, and its findings may or may not lead to actual legislation. But there is also the fact that classical Islam carries no justification for the burka, which predates the religion itself, appears nowhere in the Koran, and is rightly seen by many modern Muslims as a theologically improvised form of sexual slavery (the idea is to keep women under wraps and men away from temptation). There is nothing anti-social or oppressive about minarets, which occupy a place in the Islamic tradition tantamount to basilicas in Christianity or bimahs in Judaism.

No doubt Europe has been too quiescent toward homegrown confessional threats: See, for instance, the British government’s persistent indulgence of imams and Islamic “charities” and “inter-faith” groups that espouse the tenets of the Muslim Brotherhood or Jamma’at Islami, the Pakistani terror cabal, and promote anti-Semitism, homophobia and the mass murder of civilians. But the sensible alternative to runaway multiculturalism is not reactionary exclusion.

Passing laws that target Muslims for being Muslims is not part of any clash of civilizations, it is a failure of one.

*Michael Weiss is a contributing editor of Tablet Magazine and a culture blogger for The New Criterion.