Trump ready to meet Iran leader with no conditions: Mnuchin 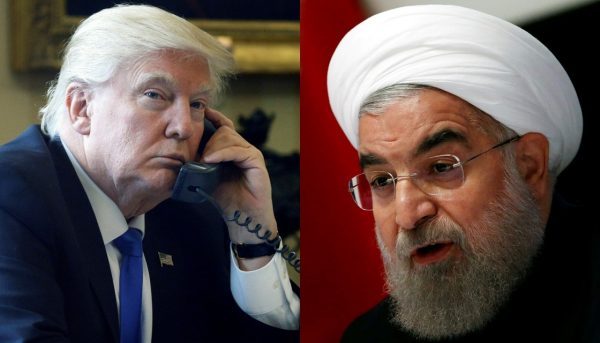 “Now the president has made clear, he is happy to take a meeting with no preconditions, but we are maintaining the maximum pressure campaign,” Mnuchin said, just days after Iran said it had fired up centrifuges to boost its enriched uranium stockpiles.

Secretary of State Mike Pompeo, standing alongside Mnuchin in the White House briefing room, said “sure” when asked whether Trump could meet Rouhani later this month on the sidelines of the United Nations General Assembly in New York.

The remarks came just 90 minutes after Trump announced he had removed John Bolton as his national security advisor.

But Mnuchin swatted away suggestions that the departure of the hawkish Bolton could signify a more moderate Iran policy, as the administration announced new terrorist designations against leaders of several organizations with close ties to Tehran.

The sanctions apply to commanders or senior leaders of groups including the Iran’s Islamic Revolutionary Guard Corps-Qods Force, Hezbollah, the operational arm of Hamas, and the Palestinian Islamic Jihad.

“You know we’ve done more sanctions on Iran than anybody, and it’s absolutely working,” Mnuchin said.

“I would say Secretary Pompeo and myself and the president are completely aligned on our maximum pressure campaign.”

Tensions have been escalating between Iran and the United States since May last year, when Trump pulled out of the 2015 nuclear accord with Tehran and began reimposing sanctions that have crippled the Iranian economy.

The announcement of new sanctions comes one day before the 18th anniversary of the 9/11 attacks on New York and Washington, which were carried out by Al-Qaeda.

Pompeo said the designations add “further muscle to US counterterrorism efforts (and) will help to ensure that the deadly attacks of September 11th that occurred 18 years ago this week are never repeated on American soil.”