Turkey aims to invest in Lebanon, its FM says 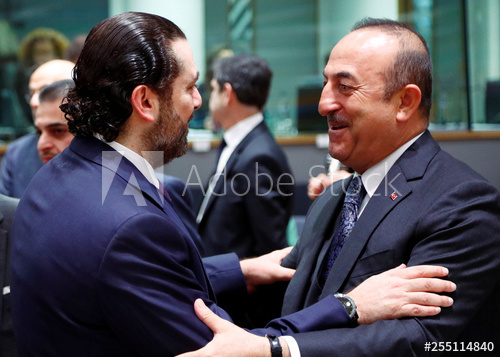 Cavusoglu arrived in Lebanon on Thursday to meet with Lebanese officials and discuss bilateral ties and regional developments.

Cavusoglu said his country will keep on supporting Lebanon because it is keen on maintaining stability and growth in the country.

“Lebanon’s stability is very important to Turkey and to the whole region,” he said.

The minister also said that Turkey is awaiting Lebanon’s approval for the free trade agreement in a bid to achieve comprehensive trade cooperation between all countries in the region.

Cavusoglu stressed that his country supports Lebanon’s stance towards Syrian refugees, emphasizing the need for their return to their homeland.

“Our views about Syrian refugees’ inevitable return to their homeland are similar to those of Lebanon, but we are aware that refugees have fears from going back to Syria and these fears must disappear first,” he said.

Bassil emphasized the need to cooperate with Turkey and Jordan to encourage Syrians to return to their country.

“We want to separate between a political solution in Syria and the return of refugees,” Bassil said.