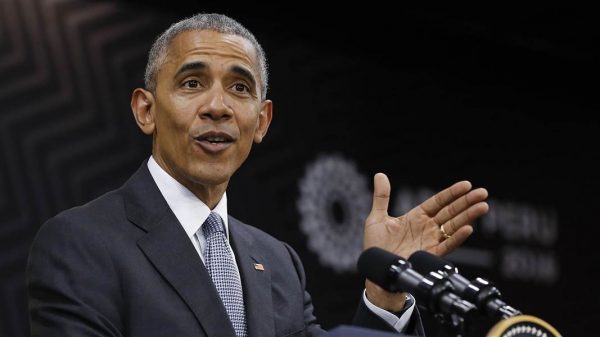 “They refer to us as the foreigners,” says a downbeat employee at the Ohio car glass factory where hundreds of Chinese laborers have come to work, far from their wives, children and homeland.

But the worker in question is American, not Chinese, and is finding life very different under new management after billionaire “Chairman Cao” swept into town to reopen the shuttered, iconic former General Motors factory in 2014.

This is “reverse globalization,” say Oscar-nominated directors Steven Bognar and Julia Reichert, who filmed the GM plant’s closure in 2008 and returned to chronicle its reopening by Fuyao corporation for the documentary “American Factory.”

The film charts a Midwestern rust belt community’s journey from optimism at the giant plant’s reopening — bringing back vital jobs — toward creeping anger and disillusionment as the Chinese management imposes its strict, exhausting demands on workers and sacks those who don’t comply.

The all-access look at how both American and Chinese workers, from blue-collar to management, had their lives transformed by powerful global economic forces caught the eyes of none other than Barack and Michelle Obama.

The former first couple acquired “American Factory” at January’s Sundance Festival, and will release it on Netflix and in select theaters from August 21 as the first offering from their Higher Ground Productions company.

“Mrs Obama said it resonated with her because her father had done an intense, hardworking job for decades just to provide for his family, and she felt the Midwesterness of the film in what she saw on screen,” Bognar told AFP.

“She felt her own family in the film, and I think the President felt there was a certain amount of policy issues and big broad globalization” themes in the documentary, added Reichert. 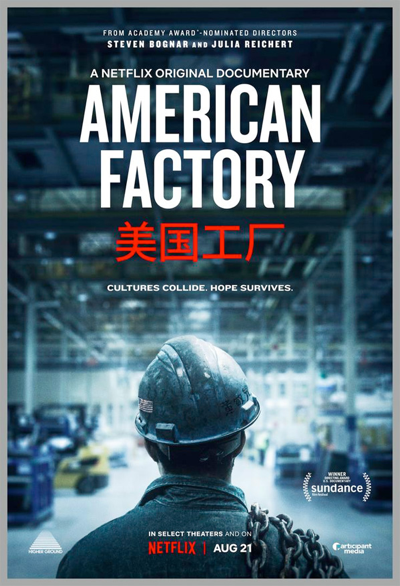 The battle for economic supremacy between the US and a rising China is perhaps the defining geopolitical story of the 21st century.

The filmmakers set out to understand what that rivalry looks like on a human level, and were granted extraordinary access by Fuyao founder and chairman Cao Dewang, who was as interested in bridging the cultural divide and showcasing Chinese capitalism as making a profit.

“The chairman’s a maverick — he’s very much his own person, an independent self-made business guy,” said Bognar.

“He’d seen our earlier film and liked it, and so he took a chance on us,” he added, referring to 2009’s “The Last Truck: Closing of a GM Plant.”

In the new documentary’s early scenes, genuine attempts by the US and Chinese workers to bond with their new colleagues, including fishing and shooting lessons and shared Thanksgiving dinners, appear to bear some fruit.

Despite promises, wages remain frozen far below those of the GM era, while workers’ attempts to unionize and confront slipping safety standards are aggressively shut down from above.

“The cultural chasm was wider than people anticipated,” said Bognar, noting that the new Chinese owners felt equally baffled and let down by the attitudes of US workers.

“To their credit, as the pressure mounted they did not kick us out, they certainly could have kicked us out at any point,” he added.

While the factory in Moraine, Ohio is of symbolic significance due to its size and legacy, it is not unique — Chinese-owned factories are now abundant across the American South and Midwest.

Like Fuyao, many are housed in the same buildings formerly shut down by American bosses who shipped jobs overseas to Mexico and elsewhere.

“You’re getting a slice of what globalization really looks like on a human level,” said Reichert, adding: “I think the film leaves you with a sense of unease.”

Nobody has tapped into that disquiet better than President Donald Trump, whose 2016 victory was built on successes in Ohio and nearby Michigan and Wisconsin.

For Ohio-based Reichert and Bognar, who have spent years interviewing blue-collar workers, that result was no surprise.

“We saw that coming, being in Ohio — the enthusiasm, the yard signs,” said Reichert. “Hillary Clinton was not well liked.”

Trump promised the region’s laid-off workers they would get back their jobs. Earlier this year, another enormous GM factory in nearby Lordstown, Ohio became the latest to close.

But in a strange quirk, even as Chinese investment in the US has plummeted by over 80 percent under Trump’s tariff war, jobs like those provided by Fuyao have become an important lifeline.