Why Lebanon struggles to form governments 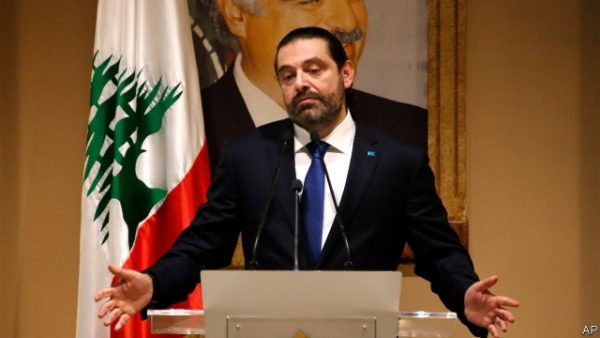 LEBANON’S POLITICS operates slowly. It took two and a half years for the country to elect its current president, nine years to hold parliamentary elections and 12 years to pass a budget. The forming of a government appears to obey a similar temporal rule. Lebanon has spent nearly two and a half of the past 13 years without a government, and talks to form a new one have dragged on for over seven months. The country’s Sunni prime minister, Saad Hariri (pictured), said this month that he was hopeful that a new cabinet could be formed before the end of the year. Why does it take so long?

Lebanon’s sectarian political system lies at the heart of the problem. Based on a power-sharing agreement that dates back to French colonial rule, seats in parliament are shared out proportionally among the country’s 18 religious groups. Government posts and public-sector jobs are also divvied up among the sects. The president, for example, is always a Maronite Christian, the prime minister a Sunni and the speaker of parliament a Shiite. Cabinet decisions must be passed by a two-thirds majority, but thanks to an agreement reached in 2008 Hezbollah, the Shiite militia-cum-political party, and its allies have a guaranteed third of cabinet seats, which gives them a veto. Reaching a conclusion on anything, including the formation of a cabinet, requires confessional groups to put aside their differences. In a society divided along sectarian lines, this takes time.

The causes of the latest political crisis are no different. The squabble pits Mr Hariri against Hezbollah. Mr Hariri’s bloc, which is broadly pro-Western and backed by Saudi Arabia, took a drubbing at elections in May, losing roughly one-third of its seats. Hezbollah, which receives funding and military support from Iran, consequently wants Mr Hariri to hand one of his cabinet seats to a Sunni MP from Hezbollah’s camp. This would undermine Mr Hariri’s claim to be the only leader true of Lebanon’s Sunnis while empowering Hezbollah and their allies. Some see foreign hands at work. By stalling the formation of a new Lebanese government and limiting Lebanon’s ability to act as a bulwark against extremism and terrorism in the region, Iran may be using its proxy to hit back at America, which recently reinstated sanctions on Iran.

Lebanon can ill-afford a lengthy period without a government. It has done so in the past, but confidence in the shaky economy is already low. Moreover, fears are growing of another war with Israel, given that Israel is continuing to bomb Iranian and Hezbollah targets in Syria, and has begun blowing up what it says are Hezbollah tunnels on the Lebanese border. Such fears risk weakening the flow of remittances that Lebanon relies on to finance its fiscal deficit. This could ultimately see the country default on its debt, which in comparison with GDP has one of the largest ratios in the world. Institutions such as the World Bank and the European Bank for Reconstruction and Development have pledged to help with $11bn in soft loans and grants. But without a government, Lebanon will fail to enact the reforms required to unlock the money. But the risk is that the bickering over cabinet seats continues into 2019, and that the economy collapses before a government can be formed.