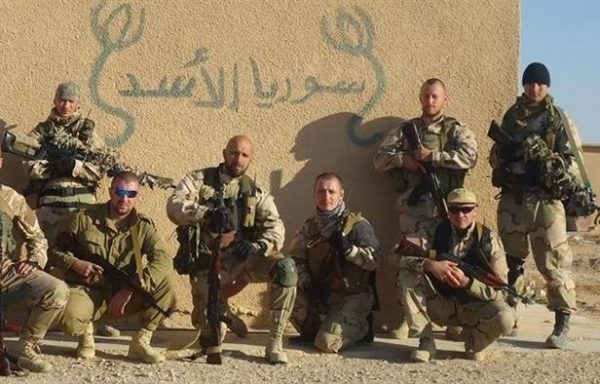 Russian military veterans urged the government on Thursday to acknowledge it sends private military contractors to fight in Syria, in a bid to secure financial and medical benefits for the fighters and their families.

The statement breaks years of public silence about a secret operation involving thousands of Russian civilians fighting in Syria on the side of President Bashar al-Assad whom Moscow has been helping militarily since September 2015.

Based on accounts of people who knew killed fighters and a military medic, Reuters earlier reported that over a hundred contractors had died in combat since the start of the operation in Syria. The Kremlin denies such an operation exists.

“For three years already, we have been receiving complaints and appeals from Russian citizens who were injured in Syria and cannot undergo medical treatment in Russia,” said the statement, signed by retired Colonel-General Leonid Ivashov, retired Colonel Vladimir Petrov and Yevgeni Shabayev, a Cossack leader.

“Soldiers and officers of these combat units have no social, medical or financial support from the state … We demand that the status of combat participants in private military companies be recognised,” the statement said.

The Kremlin is often criticized by the liberal opposition for its foreign military campaigns but rarely faces objections from Russia’s military elite, which is generally happy that Moscow is in a standoff with the West.

Moscow says that while some Russian civilians may fight in Syria, they went there on their own initiative and have no connection to the military, which is conducting air strikes with a limited presence on the ground.

According to Russian law, being a mercenary is a crime.

The Kremlin and the Defence Ministry did not immediately reply to requests for comment on the veterans’ statement.

“Recruiters have started to work hard on engaging Russian citizens in service as private military contractors,” the statement said.

Upon their return from Syria, Russian contractors are closely monitored by the intelligence services and the police, it added.

“They are constantly checked. Families of killed soldiers and officers … have to conceal their participation (in combat) because of the lack of legal procedures.”