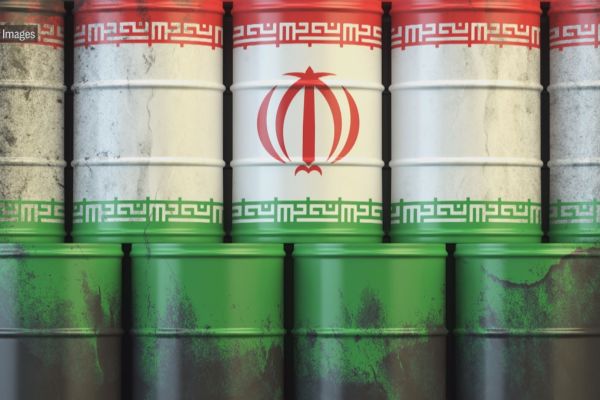 The U.S. is pressing allies to end all imports of Iranian oil by a Nov. 4 deadline
Share:

The U.S. is pressing allies to end all imports of Iranian oil by a Nov. 4 deadline and doesn’t want to offer any extensions or waivers to that timeline, a decision that sent oil prices surging on expectations it will tighten energy markets significantly more than expected.

The desire to slash Iranian oil exports comes as Washington follows through on President Donald Trump’s decision in May to quit the 2015 Iran nuclear deal, a move criticized by allies from Asia to Europe. In a briefing Tuesday, a State Department official said that while the administration wouldn’t rule out waivers or extensions to the November deadline — which Trump announced when he withdrew from the accord — it isn’t discussing them either.
Oil prices climbed more than 3.5 percent in New York as traders digested the prospect of a larger than expected loss of Iranian supply this winter. U.S. benchmark West Texas Intermediate surged to $70.50 a barrel, while Brent, the European crude benchmark, climbed to $76.50 a barrel.

“If U.S allies cut to zero and India and China also reduce imports, the oil market could lose up to 1.5 million barrels a day of Iranian oil — this is far, far greater than anyone was expecting only a week ago,” said Amrita Sen, chief oil analyst at consultant Energy Aspects Ltd. in London.

When Trump announced the U.S. was quitting the nuclear accord he warned that other nations would face sanctions unless they stopped trading with the Islamic Republic. Iran reached the 2015 agreement, which called for it to curb its nuclear program in return for the easing of sanctions, with the U.S., the U.K., France, Germany, China and Russia.

The State Department official, who briefed reporters on condition of anonymity, said the U.S. plans to speak with the governments of Turkey, India and China, all of which import Iranian oil, about finding other supplies. The official said an important part of those discussions was making sure countries aren’t “adversely affected” by cutting Iranian oil imports.

The U.S. also plans to talk to Middle East allies in the effort to ensure the global supply of oil is sufficient, the official said.

Iran had seen rising prices and a weakening of its currency, the rial even before Trump’s withdrawal decision. Iran’s central bank has since taken steps to ease a shortage of dollars and cushion the impact of sanctions.

Last week, the country banned the import of 1,400 foreign non-essential and luxury goods to reduce outflows of foreign currency. Yet illegal trading has persisted as Iranians seek safer currency havens. Some official Iranian news sites reported that the dollar was selling for almost 90,000 rials last week, compared with 60,000 rials in April, according to the semi-official Tasnim News, which cited trade on the unofficial, illegal markets.

Trump has said staying in the nuclear accord went against U.S. national security interests, as he criticized Iran for continuing its ballistic missile program and for supporting conflicts in places such as Yemen and Syria.

The loss of a large chunk of Iranian oil exports will tighten the market even if Saudi Arabia boosts its own production to a record high of 10.8 million barrels a day. Riyadh is already offsetting multiple output losses, from Venezuela to Libya to Canada.

“If Saudi Arabia can not offset the loss of Iranian oil, then Washington could always tap into its Strategic Petroleum Reserve. So could China,” said Jan Stuart, an oil economist at consultant Cornerstone Macro LLC in New York.

Bijan Namdar Zanganeh, Iran’s oil minister, said last week that the country was bracing for the loss of buyers due to U.S. new sanctions, saying oil majors Total SA and Royal Dutch Shell Plc were among energy companies that have already stopped their purchases.

“I don’t believe they can receive waiver from the United States,” Zanganeh said in a Bloomberg Television interview. “We are going to find some other way.”