US ‘responsible’ for “Gaza massacre”, as Israel says Turkey 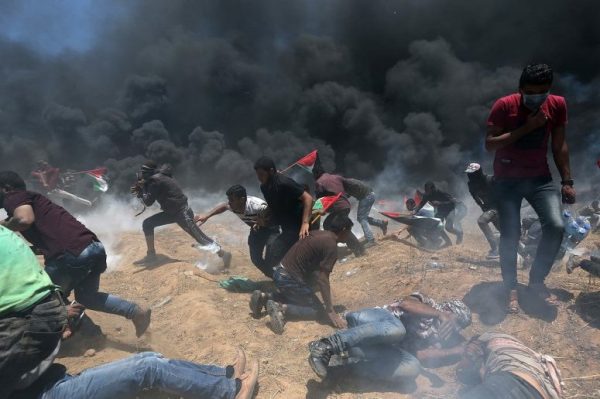 The U.S. administration is as responsible for the massacre in Gaza as the Israeli government, Turkey’s Deputy Premier Bekir Bozdag said on Monday.

In a series of tweets, Bozdag said: “The U.S. by moving its Israeli embassy to Jerusalem will not bring comfort, security, stability, and peace to the region; it will increase the already existing discomfort, insecurity, instability, crisis and conflicts; and also trigger many unforeseen negativities.”

He said whatever the U.S. or Israel does or whichever step they take, they are “null and void” for Turkey.

“Jerusalem will eventually be fully liberated; U.S. and Israel will ultimately have to leave Jerusalem to its true owners,” Bozdag added.

“Injustices and mistakes do not give the U.S. and Israel anything permanent, but they accelerate the inevitable end: the liberation of Jerusalem,” he said.

He said Jerusalem was undisputedly the capital of the State of Palestine “in line with history, international law, international agreements, and decisions of the UN Security Council”.

“The U.S. continues to isolate itself with wrong policies and decisions. Turning the U.S. into allies of non-public administrations means losing all peoples and governments based on the people. This would leave the U.S. alone and cause them to lose in the long run,” Bozdag said.

He added: “Turkey will continue to do the right thing and walk straight on the road it knows to be just. Turkey will not keep quiet on the Jerusalem/Palestine issue even if the whole world does.”

Thousands of Palestinians have gathered on the Gaza Strip’s eastern border since early morning to take part in protests aimed to commemorate the Nakba anniversary and protest the relocation of the U.S. Embassy from Tel Aviv to Jerusalem.

At least 55 Palestinians were martyred and over 2000  were injured, according to the Health Ministry.

The rallies will culminate on Tuesday, May 15, the 70th anniversary of Israel’s establishment — an event Palestinians refer to as the “Nakba” or “the Catastrophe”.

Last week, the Israeli government said that rallies were part of a state of war and human rights laws did not apply for such cases.