49% of Iranians against compulsory veil, poll released by government reveals 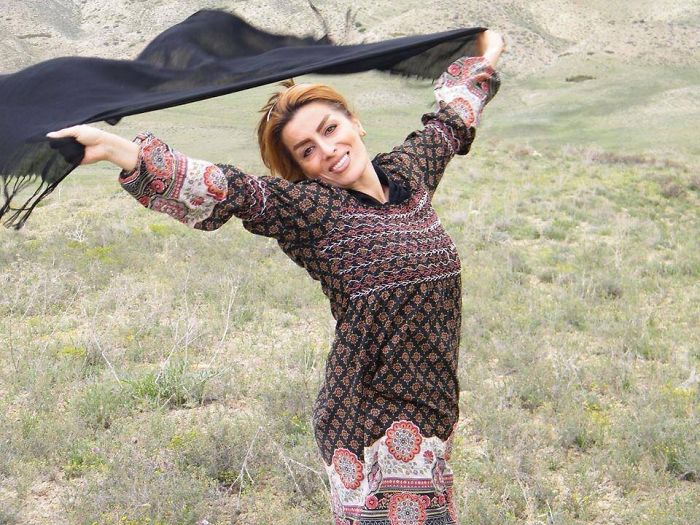 Iranian President Hassan Rouhani has waded into a highly charged debate over the country’s mandatory hijab law, abruptly releasing a three-year-old report suggesting that nearly half of Iranians were opposed to the government dictating what women should wear.

The release of the report on Sunday by the Iranian Center for Strategic Studies — a research arm of the President’s office — came just days after 29 people were arrested by police in the capital Tehran for their involvement in protests against the headscarf law.
Women across Iran have been removing their hijabs in public to protest Iran’s strict Islamic dress code in recent weeks. The movement gained momentum amid a wave of anti-government demonstrations late last year, sparked by concerns over rising living costs and a stagnant economy.
In 2014, decades after the law was enforced, the Iranian Student’s Polling Center took to the same streets to ask men and women whether wearing the Islamic veil was a personal issue and if the government should not interfere.
The timing of the report’s release, as Iranian women renew their push for equal rights and social change, pits President Rouhani, a moderate cleric by Iranian standards, head-to-head against the country’s hardliners.
“This could be Rouhani’s attempt to be seen as someone who can listen to the Iranian people, compared to other politicians who are perhaps impinging their ideological will on the people,” Sanam Vakil, an associate fellow at Chatham House who studies Iran, told CNN. “People might appreciate that he’s releasing this information, but will ask if it will actually result in anything.”
The latest hijab-related demonstrations, which kicked off in late December, appeared to be linked to the “White Wednesday” campaign, started by Masih Alinejad, an exiled Iranian activist and journalist who now lives in the United States. Alinejad shares photos and videos of women protesting without headscarves on social media and on the website she runs, My Stealthy Freedom.
Nina Ansary, an expert on women’s rights issues in Iran, told CNN that while the release of the report is a strategic move by Rouhani, it wouldn’t necessarily lead to reforms.
“This move is extremely strategic. On the surface it immediately appears that he’s waving the flag of women’s rights to choose to wear the veil or not, but when you think that this report signals half of the country is in favor of the law, it’s almost a back-handed way of lending support for the regime.”
“Rouhani has not back up this report by calling for reform … the ambiguous nature of releasing such a report without a statement leaves a question mark,” Ansary added.
In the past, women who allowed their hijab to slip could be admonished by the religious police, but these forces have been less prominent under Rouhani’s regime. Since his reelection last year, enforcement of the law has been somewhat relaxed.
Authorities also announced that women driving with improper head coverings would no longer be arrested and would instead receive a relatively small fine.
While the easing of enforcement has emboldened younger women to become more defiant, recent incidents in which they have removed their hijabs in protest could still lead to prison sentences.
“Although Rouhani does align himself with protesters from time to time … his allegiance appears to be to the system. So he has to walk a tightrope,” Ansary said. “Rouhani won because he made so many pledges to help reform many of the gender discriminatory laws. Women voted for him in droves and so did the youth, but he has done very little to bring about significant change for Iranian civil society.”
Soheila Jaloodarzadeh, a female member of Iranian Parliament, said on Wednesday during an event on women’s rights that the protests were the culmination of years of restrictions, the semiofficial ILNA news agency reported.
“When we restrict women, and put them under unnecessary pressure, exactly this is the reason for rebellions,” Jaloodarzadeh reportedly said. “This is the reason … the daughters of Revolution Street are putting their headscarves on a stick.”
CNN
Share: