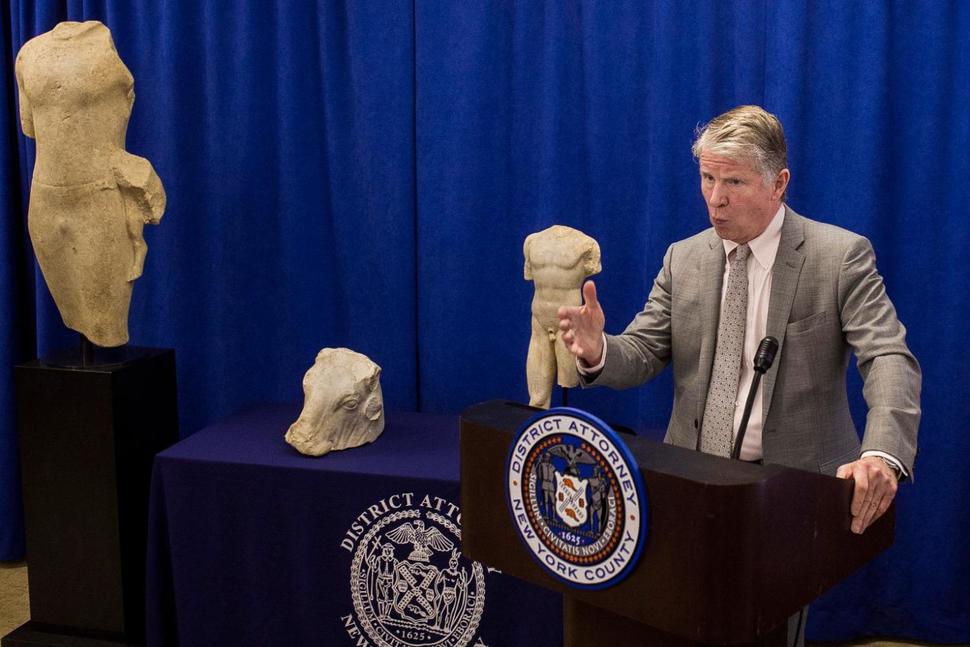 Lebanon’s state news agency says the country has received a trio of ancient artifacts looted from the country during its civil war and recovered recently by New York authorities.

The treasures arriving Friday include a marble bull’s head dating to about 360 B.C. excavated at a Phoenician temple in south Lebanon decades ago.

It was discovered by an eagle-eyed curator at New York’s Metropolitan Museum of Art last year, where it had been on loan from a collector.

The other two are marble torsos from the 4th and 6th century B.C.

Scores of antiquities were looted from Lebanon during its 1975-1990 Civil War.