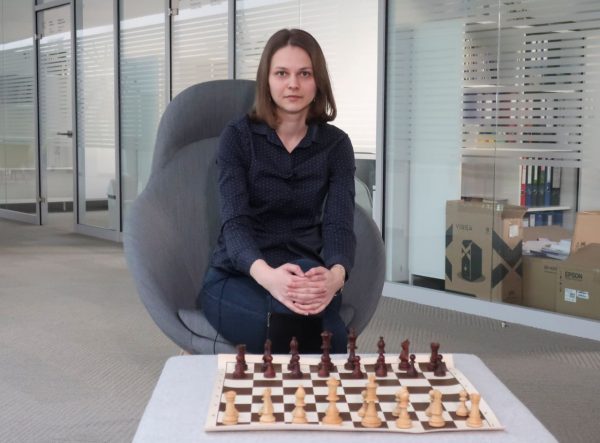 Anna Muzychuk is a chess grand champion. The 27-year-old Ukranian holds a pair of world championships earned in 2016 in rapid chess and blitz chess.

She has decided to surrender both of those titles without challenge along with the chance at a significant payday in the upcoming world championships scheduled in Saudi Arabia because she doesn’t want to be treated like a second-class citizen.

“[I decided] not to play by someone’s rules, not to wear abaya, not to be accompanied getting outside, and altogether not to feel myself a secondary creature,” Muzychuk said in a statement she shared in a Facebook post announcing her decision to abstain from competing in protest.

It’s surely an excruciating decision from a woman in the prime of her career to pass on such an opportunity. But she has decided to stand on principle over a chess championship that was already shrouded in controversy.

Muzychuk’s protest stems from the dubious treatment of women in the host country. She doesn’t feel right traveling to a country, along with her chess pro sister, that doesn’t allow women to walk in public unaccompanied by men, forces them to dress in abayas — cloaks that conceal women’s skin and bodies — and only in September decided for the first time that it was OK for women to drive cars.

“I think that the championships of such a level, world championships, shouldn’t be organized in the country where human rights and, especially the rights of women, are violated” Muzychuk told BBC World Service.

Saudi Arabia paid $1.5 million to host the rapid chess and blitz chess championships, which is four times the usual fee paid by a host country, The Independent reports. Both are timed games, with rapid chess requiring players complete their moves in 15 minutes and blitz chess in 10 minutes.

The higher host fee means higher payouts to winners that would mean a lot to Muzychuk.

“I am ready to stand for my principles and skip the event, where in five days I was expected to earn more than I do in a dozen of events combined,” she said.

The women’s rights issues aren’t the only ones facing the championship hosted in the ultraconservative country that has condemned chess from its highest levels.

Saudi Arabia’s Grand Mufti Sheikh Abdulaziz Al Sheikh said in 2016 that chess was banned in Islam because it wastes times and creates rivalry, echoing Iranian clerics who disapprove of the game citing concerns that it leads to gambling.

Saudi Arabia has also reportedly declined to approve Visas of players traveling from political rivals Israel and Iran as well.