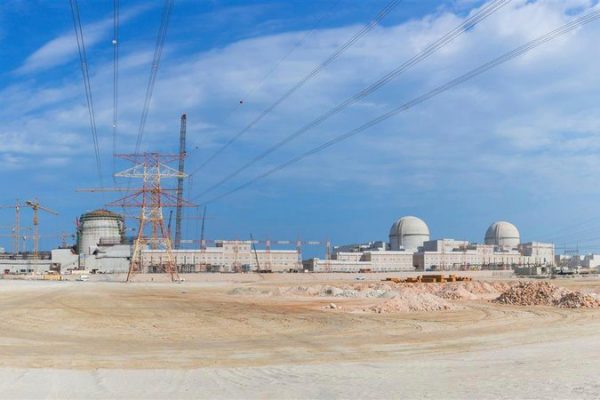 Yemen’s Houthi group has fired a cruise missile toward an under-construction nuclear power plant in Abu Dhabi in the United Arab Emirates, the group’s television service said on its website Sunday, without providing any evidence.

“The missile force announces the launching of a winged cruise missile … toward the al-Barakah nuclear reactor in Abu Dhabi,” the website said. It gave no further details.

Still under construction, the four nuclear reactors at the plant are scheduled to start operation successively between 2018 and 2020.

In September, the UAE’s energy minister said the country’s first nuclear reactor will “definitely” be operational next year with the operating company getting a license in 2018.

It was unclear if the assemblies were still being stored there.

Sunday’s claim comes amid heavy fighting in Yemen’s capital, Sanaa, between the Iran-aligned Shiite rebels known as Houthis and some of their former allies led by Yemen’s ex-president, Ali Abdullah Saleh.

Saudi-led coalition airstrikes have targeted the Houthis in that fighting.

The claim comes as the United Arab Emirates, which is part of the Saudi-led coalition, celebrates its National Day.

It is the second time this year the Houthis have said they have fired missiles toward the UAE. A few months ago they said they had “successfully” test-fired a missile toward the country.