3 Lebanese accused of spying for Israel arrested in Lebanon 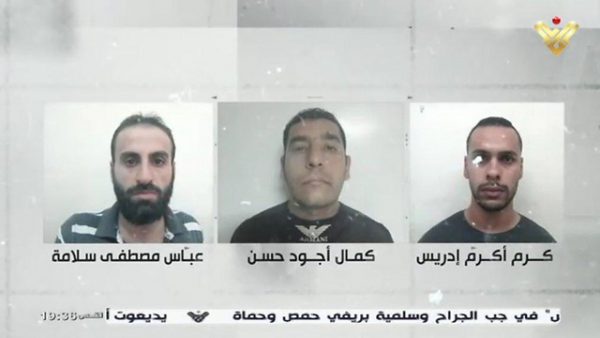 Three Lebanese men were arrested under suspicion of being Mossad spies who were conspiring to organise a revolt and unrest in the country.

Hezbollah-affiliated Al-Manar television network broke the news , while the pictures and alleged confessions of the three men were published on the internet. The three’s arrests were published last week in the Al-Akhbar newspaper, which is also affiliated with the Hezbollah . The  three men were identified as Karem Akram Idris, Kamal Ajud Hassan and Abbas Mustafa Salameh. They are all Lebanese citizens who have allegedly spied on behalf of Israel. According to Al-Akhbar, the cell’s key operative, instructing its members from afar, is also a Lebanese citizen who is currently in Israel.

It’s thought that the men were instructed to take photographs of Hezbollah artillery stations in the city of Al-Qusayr, located on the outskirts of Homs not far from the Lebanon-Syria border, where Hezbollah’s involvement in the civil war in Syria and the Beqaa Valley had begun.

Salameh is said to have made contact with Israeli officials through social media networks, offered to photograph several areas in southern Lebanon and provide information about military sites and places belonging to the Lebanese political parties.

It’s alleged that the captives offered to start a revolt in Lebanon in exchange for payment. They boasted of being able to organise rallies in an effort to smear Hezbollah.