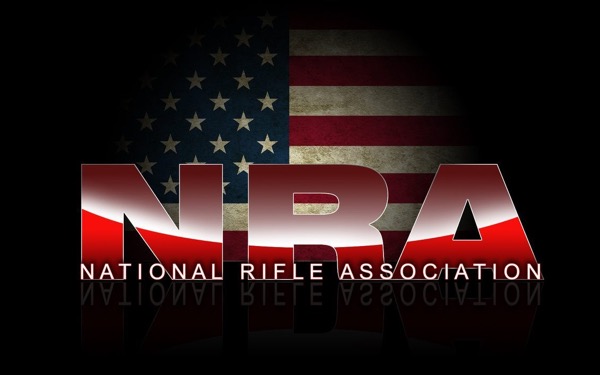 The head of the National Rifle Association’s lobbying arm said Thursday that “gun control is a failed policy” and it’s time to have a broader conversation about the underlying problem of mass shootings — namely the role Hollywood has played by fetishizing firearms.

″The NRA spends millions of dollars every year teaching safe and responsible gun ownership, and Hollywood makes billions promoting and glorifying gun violence,” Chris Cox, executive director of NRA’s Institute for Legislative Action, told Fox News’ Tucker Carlson. “And then the same hypocrites come in and suggest we’re to blame for this.”

Cox of course was referring to the massacre Sunday night in Las Vegas, in which a lone gunman rained bullets down onto a country music festival, killing at least 58 people and injuring hundreds more before turning the gun on himself. The shooter’s arsenal included 12 firearms outfitted with bump fire stocks, devices that effectively allow a semi-automatic weapon to function as a fully automatic one does.

In an out-of-character move for the NRA, on Thursday — following several days of silence — the group issued a statement in which it acknowledged such devices “should be subject to additional regulations.”

Echoing a statement he and NRA CEO Wayne LaPierre had made earlier in the day, Cox told Fox News it was the Obama administration that approved the sale of bump fire stocks, and called on the Bureau of Alcohol, Tobacco, Firearms and Explosives to “do their job.”

“We didn’t talk about banning anything,” he told Carlson. “We talked about ATF going back and reviewing whether these are in compliance with federal law.”

Along with pointing the finger at the Obama administration, ATF and Hollywood, Cox questioned whether prescription drugs are influencing gun violence.

Asked by Carlson what has changed since they were children to allow for an increase in deadly shootings, Cox said: “That’s a conversation that’s happening at dinner tables and in living rooms all over the country. I’m sure it’s happened in yours, it’s certainly happened in mine. And I don’t know the answer. And I think we need to look at the broader conversation, and have a broader conversation, about a violent culture, about what has happened with gratuitous violence out of Hollywood, what’s happened with prescription drugs.”

Like the rest of the country, the NRA is looking for answers, Cox said. And while the gun rights advocacy group wants “to be part of a constructive conversation,” that conversation must include respecting the rights of law-abiding citizens and allowing them to protect themselves, he said.

In a separate interview with Fox News’ Sean Hannity on Thursday night, LaPierre touted the money the NRA spends teaching gun safety, and bashed Hollywood and the “elites” in Washington, D.C.

“This Hollywood crowd makes billions … teaching gun irresponsibility to the American public,” he said. “The hypocrisy is beyond belief. They criticize me for saying people ought to be able to protect themselves from murderers, rapists and robbers, and then they make billions depicting every night those same situations.”

Like Cox, LaPierre said the NRA had suggested the ATF take a second look at bump fire stocks, but stressed he and Cox “didn’t say ban” and “didn’t say confiscate.” He added that tightening gun laws would not prove effective at stopping shootings like the one in Las Vegas.

Wayne LaPierre: “This Hollywood crowd makes billions…teaching gun irresponsibility to the American public. The hypocrisy is beyond belief” pic.twitter.com/svw37zG7mU

What Is a Bump Stock
and How Does It Work?
Twelve of the rifles the gunman in the Las Vegas mass shooting had in his 32nd-floor hotel room were each modified with a “bump stock,” an attachment that enables a semiautomatic rifle to fire faster.

The National Rifle Association announced on Thursday that it would support tighter restrictions on such devices.

A “bump stock” replaces a rifle’s standard stock, which is the part held against the shoulder. It frees the weapon to slide back and forth rapidly, harnessing the energy from the kickback shooters feel when the weapon fires.
The stock “bumps” back and forth between the shooter’s shoulder and trigger finger, causing the rifle to rapidly fire again and again. The shooter holds his or her trigger finger in place, while maintaining forward pressure on the barrel and backward pressure on the pistol grip while firing.

The bump stock is not banned under federal law even though it allows a weapon to fire at nearly the rate of a machine gun without technically converting it to a fully automatic firearm. (It is illegal for private citizens to possess fully automatic firearms manufactured after May 19, 1986; ownership of earlier models requires a federal license.)

“The classification of these devices depends on whether they mechanically alter the function of the firearm to fire fully automatic,” Jill Snyder, a special agent in charge at the Bureau of Alcohol, Tobacco, Firearms and Explosives, said at a news conference in Las Vegas on Tuesday. “Bump-fire stocks, while simulating automatic fire, do not actually alter the firearm to fire automatically, making them legal under current federal law.”

Analysis of video posted on social media suggests that the gunman used rifles with rapid-fire capabilities.

This video shows 15 seconds of the attack, with constant gunshots ringing out.

Compare that with audio extracted from a video of the June 2016 Orlando nightclub shooting, in which 49 people were killed and 53 were wounded. The gunman, Omar Mateen, used at least two guns, including a semiautomatic AR-15-style assault rifle.

In contrast, a fully automatic weapon, like this pre-1986 Colt AR-15A2, sounds different. There are no variations in the firing rate like there was in the Las Vegas shooting.