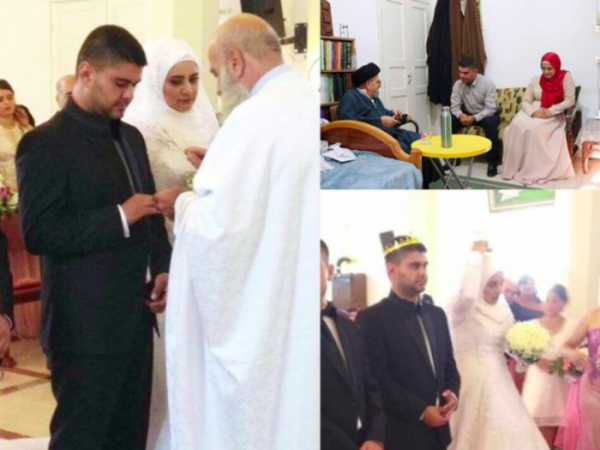 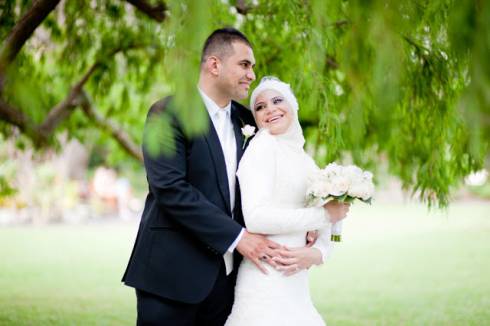 Late on Friday, photos of an interfaith couple who got married in a Lebanese church went viral, causing quite the stir on social media.

It was later revealed that the church wedding came days after the couple had also held an Islamic wedding ceremony.

According to Annahar, Marwa Fawaz and Boutrous Kattoura met and fell in love seven years ago.

After facing several obstacles, they were eventually able to convince their families to accept their union after promising that they would wed in both an Islamic religious ceremony and a Christian church wedding.

They then got an approval from Sheikh Ali Al Ameen, who based his decision on a fatwa that allows for Muslim women to marry ‘people of the book,’ meaning Christians or Jews.

The couple also got the approval of Father Basilios Nasr, who officiated their church wedding ceremony.

Speaking to Annahar, Nasr said: “Our goal is to unite people rather than divide them, and to build a society based on understanding and love.”

The couple will also have a civil ceremony outside Lebanon, so as to be able to legally register their marriage in the country, Annahar wrote.

As soon as the photos began making the rounds online, thousands of social media users across the Arab world shared their thoughts on them.

A few heavily attacked the couple, asking why they had to marry in religious ceremonies if they were eventually going to get a civil marriage.

However, there were many others who hailed the two for their courage and for setting a beautiful example of coexistence.

Many hit back at haters

“When I read hate filled comments written by regressive human beings who don’t even understand religion, I realize that we’re all still living in the stone age. What is it to you? Why do you feel the need to comment on this woman’s decision? She’s free to do whatever she wants and free to choose her life partner. If she married a Christian man, it doesn’t mean that she’s no longer a Muslim, and regardless, this isn’t anyone’s business, it’s between her and God. I am disgusted by the amount of intolerance that people still harbor.”