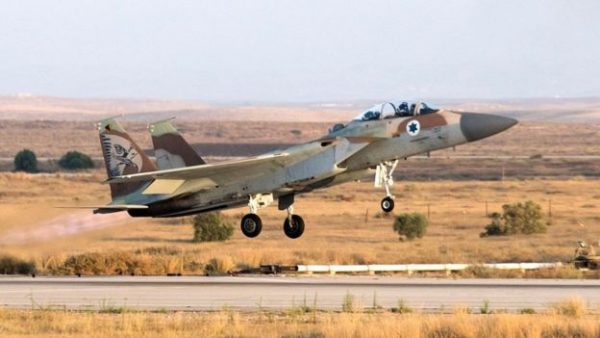 The Israeli military declined to confirm or deny the reported air strikes
Share:
Israeli jets fired two missiles from Lebanese airspace toward the outskirts of the Syrian capital Damascus early Wednesday, the official Syrian news agency said, in a strike on an unknown target that caused loud explosions.

The news agency, SANA, said the missiles struck the Sabboura area, west of Damascus, and did not cause any casualties. Citing an unnamed military source, SANA did not specify what the missiles struck. Damascus residents reported on social media hearing loud blasts around 2 a.m.

The Israeli military declined to comment, but Israel is widely believed to have carried out a number of airstrikes in Syria in the past few years that have targeted advanced weapons systems, including Russian-made anti-aircraft missiles and Iranian-made missiles. The arms are believed to be destined for the Lebanese Shiite Hezbollah militant group, a close ally of the Syrian government and a fierce enemy of Israel.

The strikes come days after Israeli aircraft hit a machine gun-mounted vehicle inside Syria, killing four Islamic State-affiliated militants inside after they opened fire on a military patrol on the Israeli-controlled side of the Golan Heights. The violence appeared to be a rare case of an intentional shooting ambush by Islamic militants targeting Israeli troops.

Israel has been largely unaffected by the Syrian civil war raging next door, suffering only sporadic incidents of spillover fire over the frontier that Israel has generally dismissed as tactical errors of the Assad regime. Israel has responded to these cases lightly, with limited reprisals on Syrian positions in response to the errant fire.

Hezbollah convoy
According to the Times of Israel website, Israel targeted many sites in Damascus and an arms convoy headed towards Hezbollah in Lebanon.