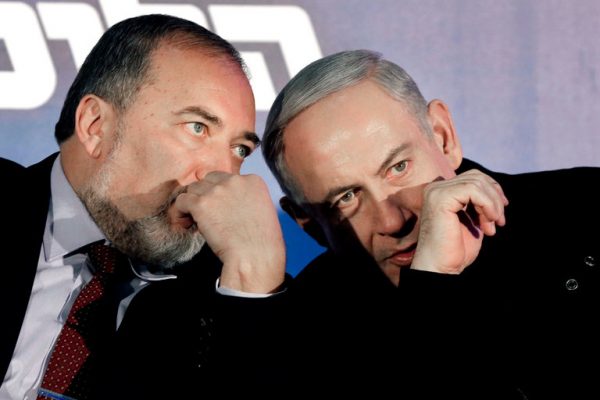 Prime Minister Benjamin Netanyahu looked set to form the “most right-wing” government in Israeli history on Thursday, with Avigdor Lieberman, a hardliner loathed by Palestinians, expected to join as defence minister.

Netanyahu’s allies were set for fresh negotiations with representatives of Lieberman’s far-right Yisrael Beitenu party to try to entice it to join the governing coalition and boost its currently wafer-thin majority in parliament.

Leaks to the Israeli media from both sides said a deal was close to being finalised.

Yisrael Beitenu holds six of the 120 seats in parliament and its entry into government would be a major boost for Netanyahu, who has not concealed his ambition to expand on the coalition’s current 61 seats.

The return to government of Lieberman, who served as foreign minister under Netanyahu from 2009 to 2012 and again from 2013 to 2015, could raise international concern about his government’s policies — especially on the conflict with the Palestinians.

As defence minister, Lieberman, who himself lives in a Jewish settlement in the occupied West Bank, would oversee military operations in the Palestinian territories and have a major say in policy towards the settlements.

The international community considers the settlements illegal and regards their persistent expansion by successive Netanyahu governments as one of the biggest obstacles to peace.

Since its formation in May 2015, Lieberman had repeatedly branded the current five-party coalition as “defeatist” but on Wednesday he told a news conference that he would be open to joining it if key demands were met.

He said one of them was the death penalty for perpetrators of anti-Israeli attacks and hinted that Netanyahu’s government could accede to that demand.

Lieberman has long expressed mistrust in Palestinian president Mahmud Abbas and called for his removal.

Just a month ago, he said that if he were defence minister, he would give Hamas’s Gaza leader Ismail Haniya 48 hours to hand over detained Israeli civilians and the bodies of soldiers killed in the 2014 war “or you’re dead”.

The Palestinians said they would wait for confirmation of Lieberman’s appointment before making a formal response, but one official said it would be a “disaster” for Palestinians living under Israeli occupation.

“He will be in charge of the occupation and it will be a disaster. He is a populist — either he talks too much or he puts his words into action.”

He said such was the dislike of Lieberman that he was a “unifying factor for Palestinians.”

Lieberman’s looming return to government comes after weeks of frantic negotiations, not just with his party but also with the centre left.

Netanyahu had been widely expected to make a deal with the leader of the opposition Labour party, Isaac Herzog.

Months of secret talks between the two men made headlines in recent days, with Herzog tipped for the position of foreign minister ahead of a French-led push for renewed peace talks this summer.

Egyptian President Abdel Fattah al-Sisi, whose country has often played the role of mediator, said on Tuesday there was a “real opportunity” for a peace deal between Israel and the Palestinians.

But Netanyahu’s 11th-hour tilt to the far right appeared to have torpedoed those hopes and also left the opposition in disarray as Herzog came under attack from the party rank and file for even considering serving under Netanyahu.

The centrist Yediot Aharonot newspaper criticised Netanyahu’s about-turn, accusing him of being self-serving.

The right-wing Maariv newspaper agreed that Israel was about to get the “most right-wing and most extremist government since the founding of the state”.

“But the main thing is that Netanyahu remains safe and confident,” it added.

Lieberman’s appointment to the defence ministry in place of former armed forces chief of staff Moshe Yaalon is also likely to raise the hackles of senior commanders.

Yaalon had been at loggerheads with Netanyahu over his insistence that senior officers be encouraged to “speak their mind.”