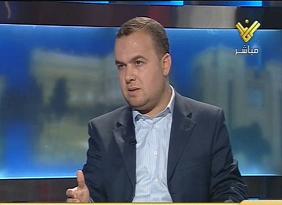 Hezbollah MP Hassan Fadlallah who heads up the parliamentary media committee stressed that the illegal internet  telecom networks uncovered lately is a serious issue that must be controlled by the state, As Safir daily reported on Tuesday.

“Illegal internet networks are a dangerous issue that is growing even bigger. The State must put its hands on it because it has legal financial and security repercussions” Fadlallah told the daily.

He stressed that he will call the committee for a meeting next Monday to tackle the issue.

Parties to take part in the meeting will most likely include Ministers of Telecommunications, Interior and Defense in addition to State Prosecutor Samir Hammoud and Financial Prosecutor Ali Ibrahim.

As Safir said it has obtained information that there are four illegal “communication crossings” with a tremendous ability of 40GB per second WiFi network speed which is equivalent to a third of the international capacities set by the Ministry of Telecommunications in service (150GB per second).

Butros Harb, the Telecommunications Minister, told Voice of Lebanon radio (100.5) that “initial investigations have shown a relation with the al-Barouk network.” He added that he will brief the public on Wednesday of all the information obtained so far.

Last week, and during a meeting of the committee it was unveiled that anonymous parties described as a “mafia” are taking advantage of internet services by installing internet stations that are not subject to the state control.

The owners of these stations are buying international internet bandwidth with nominal cost from Turkey and Cyprus which they are selling back to Lebanese subscribers at reduced prices.

It has been reported that wireless internet towers and technical equipment were placed illegally in some mountainous terrains including Tannourine, al-Dinnieh, Sannine and al-Zaarour. 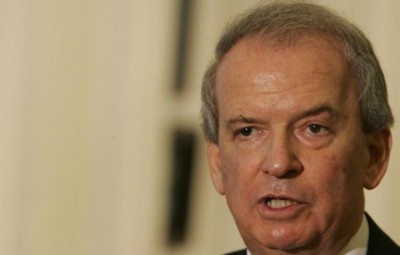 In a message sent to the US Embassy in Beirut, Hamadeh wrote that the network was a strategic win for Iran that established a direct link to Lebanon, which bypasses Syria.

“The value for Hezbollah is the final step in creating a nation state,” the memo read. “Hezbollah now has an army and weapons, a television station, an education system, hospitals, social services, a financial system and a telecommunications system.”

Hamadeh warned in his message that Hezbollah had indicated it would see any action against the telecommunications network as “equal to an Israeli act of aggression,” and that it would respond accordingly.

According to the memos, the network ran from Beirut to southern Lebanon, below the Litani River, through Palestinian refugee camps, Hezbollah training and areas under Christinan control, all the way the north of the country.

The Iranian Fund for the Reconstruction of Lebanon not only funded but also supervised the installation of the telecommunications lines, while paving new roads to replace the ones that were destroyed during the Hezbollah Israel war in 2006 .

On October 2011 Hezbollah threatened the residents of the upper Metn town of Tarshish after they had prevented the Shiite militant organization from installing its own private telecommunications network in the town.

The analysts are of the opinion that Hezbollah is more worried about the security of its own network than the loss of revenue for the state .