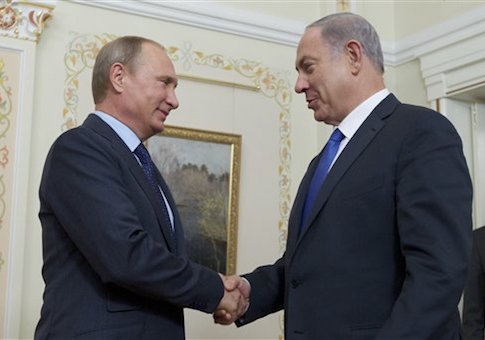 Lerner bases this conclusion on the fact that the strike took place at a time that the Russian S-400 system is in full operation.

“Samir Kuntar is hardly such a critical target for Israel that it would employ techniques for engaging in operations within an active S-400 envelope,” he explained. The reason: such a strike would necessarily use techniques for evading the S-400 – assuming these techniques exist – and Russia would then be able to study these, in order to improve the S-400. Therefore, regardless of whether the strike succeeded, a future repeat of the same technique against more important targets would be likely to fail.

“The only conclusion that can be reached, therefore, is that the operation took place with the knowledge of Russia that jets would operate at specific locations within the S-400 envelope – and in this case in a route that passed through the area of Syria’s capital,” wrote Lerner.

Syria and Hezbollah are aware of this fact, he added, and they also know that “the last thing a party would do is to deceive Russia regarding the purpose of a mission that involved entering the S-400 envelope.”

The S-400 anti-missile system, known to NATO as the SA-21 “Growler,” was deployed in Syria in November. It is said to have a maximum range of 250 miles, and can bring down airplanes at up to 90,000 feet – more than double the altitude of a cruising commercial airliner. The range puts Israel squarely in the system’s sights.