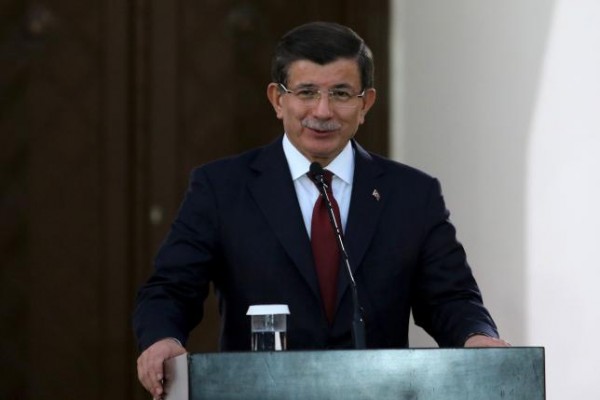 Turkey’s prime minister accused Russia on Wednesday of attempted “ethnic cleansing” in northern Syria, saying Moscow was trying to drive out the local Turkmen and Sunni Muslim populations to protect its military interests in the region.

Ahmet Davutoglu’s comments could further harm strained relations between Moscow and Ankara, already at their worst in recent memory after Turkish forces downed a Russian warplane near the Turkish-Syrian border late last month.

“Russia is trying to make ethnic cleansing in northern Latakia to force (out) all Turkmen and Sunni population who do not have good relations with the regime,” Davutoglu told foreign reporters in Istanbul.

“They want to expel them, they want to ethnically cleanse this area so that the regime (of Syrian President Bashar al-Assad) and Russian bases in Latakia and Tartus are protected,” he said, speaking English.

The Turkmens are ethnic kin of the Turks and Ankara has been particularly angered by what it says is Russian targeting of them in Syria.

Both Moscow and Ankara have repeatedly accused the other of helping Islamic State. Both deny the charge.

Turkey, a member of NATO and of the U.S.-led coalition that is bombing Islamic State in Syria, has long called for Assad’s overthrow. Russia began intervening directly in Syria’s civil war in late September with air strikes in support of Assad.

The intervention has had unintended consequences, notably when Turkey shot down the jet, saying it had strayed into Turkish airspace, an allegation Russia denies.

Davutoglu, a former university professor fluent in both English and Arabic, defended Turkey’s recent deployment of troops in northern Iraq, a move that has sparked a row with Baghdad.

Ankara sent the troops to counter an increased threat from Islamic State militants to Turkish military trainers in the area, Davutoglu said, describing the deployment as “an act of solidarity”.

“These trainers in Bashiqa camp were threatened by Daesh because it is 15-20 km from Mosul and they have only light arms,” he said, using an Arabic name for Islamic State.

“When these threats increased … we sent some troops to protect the camp, not as an act of aggression but as an act of solidarity.”

Turkey deployed hundreds of forces to a camp in the Bashiqa region of northern Iraq last week, calling it a routine rotation to train Iraqis to retake Mosul from Islamic State, which captured Iraq’s second-largest city in 2014.

Iraq has asked NATO to put pressure on Turkey to withdraw its forces. Baghdad’s envoy to the United Nations later said that bilateral talks between the two neighbors to end the dispute were proceeding well.
Reuters