Another Paris attacker named, had been in Syria 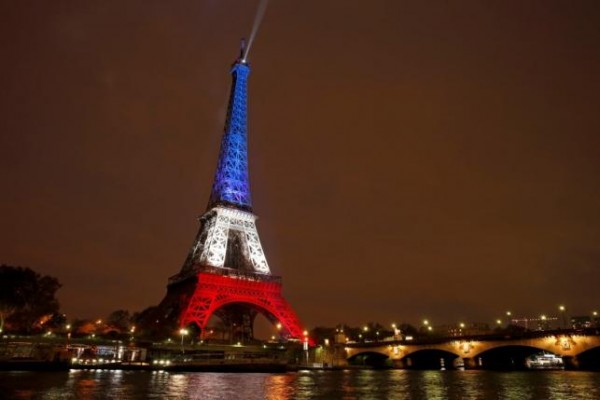 The Eiffel Tower is lit with the blue, white and red colours of the French flag in Paris, France, November 16, 2015, to pay tribute to the victims of a series of deadly attacks on Friday in the French capital. REUTERS/Benoit Tessier
Share:

The third man who attacked the Bataclan concert hall in Paris on Nov. 13 has been identified as a 23-year-old French national who went to Syria two years ago, according to officials involved in the inquiry into the multiple attacks on the French capital.

Investigators identified Foued Mohamed-Aggad as one of three Islamist gunmen who killed 90 people at the Bataclan after his mother told them that she had been informed of his death by text message from Syria, a lawyer for the dead man’s family said.

Two of the three attackers killed themselves by exploding their suicide vests and another was shot dead by police.

Officials have yet to put names to all of eight dead gunmen and suicide bombers directly involved in last month’s attacks, for which Islamic State, a militant group that controls swathes of Syria and Iraq, claimed responsibility.

They managed to identify Mohamed-Aggad after being alerted by his mother and then matching her DNA to his.

“The SMS message told her that her son had died, saying: “He died on November 13 with his brothers”,” said Francoise Cotta, lawyer for the mother and her family, who said the woman got the text message 10 days ago.

“She was instantly struck by the horrific thought that he might have been one of the Bataclan suicide attackers,” said Cotta, adding that she was asked by the dead man’s mother to get in touch with investigators.

Mohamed-Aggad went to Syria in late 2013 with a gang of others from his neighbourhood in an area outside the eastern French city of Strasbourg. Seven of the group were arrested in May 2014 after returning to France.

It remained unclear when and how Mohamed-Aggad returned to France, where intelligence services are under scrutiny over their monitoring of the movements of home-grown jihadists.

His older brother Karim, who also went to Syria, is in jail in France, the officials said.

The Bataclan shootings were part of a co-ordinated attack in Paris in which assailants killed 130 people at a string of cafes, near a sports stadium and at the Bataclan.

The other two attackers at the concert hall have been named as Samy Amimour, 28, from Drancy, north east of Paris, and Ismail Omar Mostefai, 29, a Frenchman of Algerian descent who lived for a time in Chartres, south west of Paris.

Amimour also spent time in Syria, as did the presumed ringleader of the Nov. 13 attackers, Abdelhamid Abaaoud, 28, a Belgian of Moroccan origin who died in a police raid the following week.

Another Nov. 13 attacker, Salah Abdeslam, 26, French and born in Brussels, is still on the run.