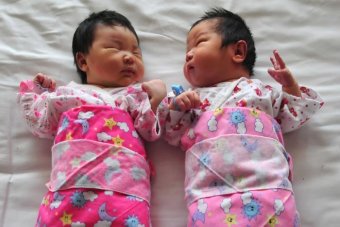 China will ease family planning restrictions to allow all couples to have two children after decades of the strict one-child policy, the ruling Communist Party said on Thursday, a move aimed at alleviating demographic strains on the economy.

The policy is a major liberalization of the country’s family planning restrictions, already eased in late 2013 when Beijing said it would allow more families to have two children when the parents met certain conditions.

A growing number of scholars had urged the government to reform the rules, introduced in the late 1970s to prevent population growth spiraling out of control, but now regarded as outdated and responsible for shrinking China’s labor pool.

For the first time in decades the working age population fell in 2012, and China, the world’s most populous nation, could be the first country in the world to get old before it gets rich.

The announcement was made at the close of a key Party meeting focused on financial reforms and maintaining growth between 2016 and 2020 amid concerns over the country’s slowing economy.

China will “fully implement a policy of allowing each couple to have two children as an active response to an aging population”, the party said in a statement carried by the official Xinhua news agency.

There were no immediate details on the new policy or a timeframe for implementation.

Wang Feng, a leading expert on demographic and social change in China, called the change an “historic event” that would change the world but said the challenges of China’s aging society would remain.

“It’s an event that we have been waiting for a generation, but it is one we have had to wait much too long for,” Wang said.

“It won’t have any impact on the issue of the aging society, but it will change the character of many young families,” Wang said.

TOO LITTLE, TOO LATE?

Under the 2013 reform, couples in which one parent is an only child were allowed to have a second child.

Critics said the relaxation of rules was too little, too late to redress substantial negative effects of the one-child policy on the economy and society.

Many couples who were allowed another child under the 2013 rules decided not to, especially in the cities, citing the cost of bringing up children in an increasingly expensive country.

State media said in January that about 30,000 families in Beijing, just 6.7 percent of those eligible, applied to have a second child. The Beijing government had said last year that it expected an extra 54,200 births annually as a result of the change in rules.

Chinese people took to microblogging site Weibo, China’s answer to Twitter, to welcome the move, but many said they probably wouldn’t opt for a second child.

“I can’t even afford to raise one, let alone two,” wrote one user.

Couples who flout family planning laws in China are, at minimum, fined, some lose their jobs, and in some cases mothers are forced to abort their babies or be sterilized.

“China should immediately and completely end its control over people’s decisions to have children. This would not only be good for improving human rights, but would also make sense given the stark demographic challenges that lie ahead,” he said.