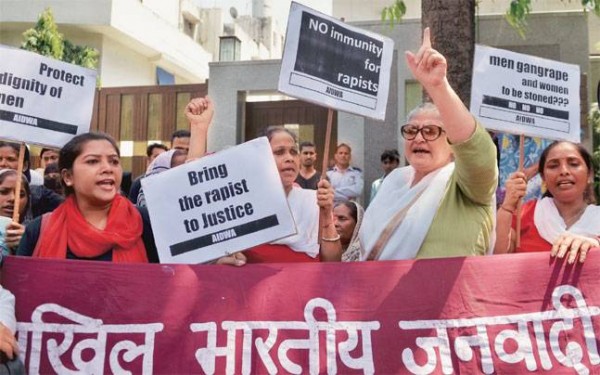 Saudi Arabia on Wednesday withdrew its diplomat, accused of raping his Nepali maids, after it refused to waive his diplomatic immunity.

Despite their protestations of innocence, the Saudi Arabian embassy sent their diplomat home before India could declare him persona non grata and expel him.

In a terse statement on Wednesday night, the MEA (Ministry  of External Affairs)  spokesperson said “We learn that Saudi embassy first secretary, Majed Hassan Ashoor, who is allegedly accused of abusing 2 Nepali maids, has left India. The first secretary being a diplomat is governed by the provisions of the Vienna Convention on Diplomatic Relations”.

The MEA asked the Saudi authorities to waive his immunity so he could be investigated. The Saudi government refused and withdrew their diplomat which, sources said, was a tacit recognition that their defence was weak.

The police case on the rape will continue, said MEA officials. But it will be difficult to prosecute since the main accused will no longer be there.

For the past week, the Saudi embassy has maintained that Ashoor was innocent and was being framed by the maids.

However, the victims’ testimony and the medical reports told a very different story.

The case does not end in justice for the victims as countries prefer not to violate the Vienna Convention because it makes their own diplomats serviing in difficult places also vulnerable.

India did not want to reach a point where they would have had to declare the Saudi diplomat a persona non grata and expel him. That could have invited a retaliatory expulsion and impacted bilateral relations.

MEA sources had felt that the Saudis should have withdrawn him immediately, promising to conduct an investigation in Saudi Arabia.

That would have saved them much embarrassment as well as diplomatic headache – but they thought they could brazen it out by making it seem like it was all the fault of the police.

The Saudi embassy protested against the intrusion by the Gurgaon police into the home of the diplomat, who had moved into a 6700-square feet apartment in a plush complex in Gurgaon.

When the police entered their home, the diplomat in question was at work, but they managed to rescue the Nepali maids from the wife and daughter of the diplomat. The Saudis complained to the Indian government that the diplomat’s wife had been manhandled.

The Nepal ambassador had a different perspective.

“The investigation is good. Because Gurgaon police has done a very wonderful job and the MEA is also cooperating. And we have very friendly relations with Saudi government also. Nepal and Saudi Arabia have good relations that’s why we are hopeful that it would be amicably settled and the victims will get justice. It’s a sensitive issue that’s (why) we are waiting and it may take some time. We are in contact with the ministry of external Affairs,” Upadhyay said.

Sources said the Indian government had regretted the violation by the police, but felt that in the larger interest of rescuing two women being treated as sex slaves by the diplomat, the police action was justified.