Remittances to Lebanon by Lebanese Expatriate increased 13.2 percent in 2014 when compared to 2013, according to a report released by the World Bank.

Lebanon registered the second-highest growth among the 15 largest recipients of remittances in developing economies last year, behind only Pakistan, which saw 16.6 percent increase, the report added

Gulf is life support for Lebanon 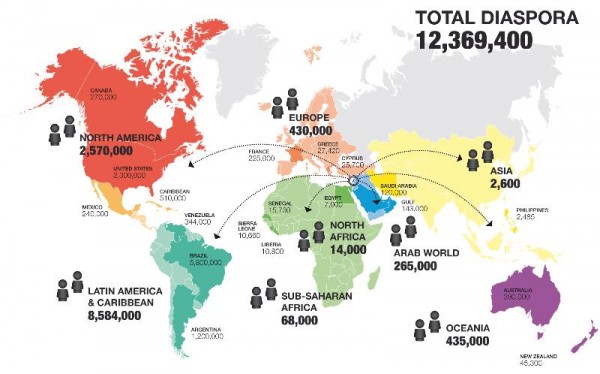 Chairman of the Lebanese Chamber of Commerce Mohammed Choucair, warned of grave consequences for the Lebanese economy if the verbal campaign against Saudi Arabia continues.

Choucair did not name the Lebanese agents behind this campaign explicitly, but was clearly hinting at Hezbollah, which has lashed out at the kingdom over Saudi-led airstrikes on Yemen.

Choucair stressed that thousands of Lebanese will be at risk of losing their jobs if this campaign against Saudi Arabia does not come to an end soon.

“How can some target Lebanese-Saudi relations? They need to remember that Lebanon would have starved to death if it weren’t for Lebanese remittances from Saudi Arabia and the rest of the Gulf states,” he said.

The United Arab Emirates expelled dozens of Lebanese expatriates last month for security reasons. There are over 300,000 Lebanese working in the Gulf states and the money they send each year to Lebanon has shored up the Lebanese economy, increased bank deposits and revived the real estate sector.

But observers do not expect GCC states to expel most or all Lebanese expatriates despite the row between Hezbollah and Saudi Arabia.

Choucair emphasized that Saudi Arabia did not even suggest that it would penalize Lebanon or threaten to sever ties.

“Saudi Arabia would never make a decision just to harm the Lebanese economy. Neither Saudi Arabia nor the Gulf states have called for the deportation of Lebanese people, unless the individuals are wanted for security reasons, as in the case of those 200 recently deported,” he added.

Choucair made the statement as he headed a delegation on a Gulf tour that would include Qatar, Dubai, Abu Dhabi and Saudi Arabia.

He said the delegation would explore the possibility of establishing joint Lebanese and Gulf ventures, including joint investments in Africa.