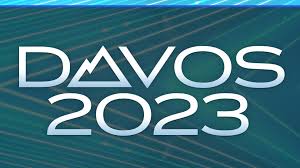 The World Economic Forum in Davos, Switzerland, finds itself navigating troubled waters. Long the affluent symbol of a globalizing world where the assumption was that more trade would bring more freedom, it now confronts international fracture, ascendant nationalism and growing protectionism under the shadow of war in Europe and sharp tensions between the United States and China.

The post-Cold War era, dominated by the idea that Western liberal democracy and free-market capitalism held all the answers, is over. This was the very ethos of Davos. It must now pivot to the new reality provoked by the Covid-19 pandemic, the war in Ukraine, the growth of extreme inequality and aggressive Russian and Chinese autocracies.

If the old is gone, the new order is not yet born. Power is shifting away from the United States as China’s military and economic heft grows, but the shape of an alternative international system is unclear.

One measure of a world transformed is that when thousands of Brazilian protesters, convinced without evidence of a stolen election last year, stormed the Brazilian Congress this month, their action felt like a copycat attack modeled on the assault on the United States Capitol of Jan. 6, 2021. It is one measure of Donald J. Trump’s legacy that many people now make this association.

The gathering in the Swiss mountains next week of politicians, business leaders, technology gurus, environmentalists and other Davos patrons, only the second in person after a two-year pandemic-induced hiatus, will wrestle with questions once unthinkable.

To what degree is the world de-globalizing as the threat to supply chains has become evident through Covid-19 and war? Is it possible to end the trench warfare in Europe that has already taken tens of thousands of Ukrainian and Russian lives and led to talk, far-fetched but insistent, of possible nuclear “Armageddon,” a word used by President Biden last year? If the conflict in Ukraine persists through 2023, as now appears plausible, how can a war-induced global recession be avoided as investment-curtailing uncertainty persists and prices soar?

These are some of the issues that will confront the assembled crowd. China is sending a vice premier, Liu He, to Davos, the first time a Chinese leader has attended the forum since the pandemic began. The American delegation will include Katherine Tai, the trade representative; John Kerry, Mr. Biden’s special envoy for climate; and Samantha Power, the administrator of the United States Agency for International Development. Volodymyr Zelensky, the Ukrainian president, has indicated that he will attend, although whether through video link or in person is unclear.

They will talk and they will exhort but Davos is about bringing people together, at least a certain class of people, and for now divisive pressures are strong. The politics of recent years have been dominated by nationalist revolts against elites by the very people Davos overlooked, from the American heartland to what the French call “the periphery.”

There have been other surprises. The Ukraine war has compounded the food insecurity that climate change had already induced across Africa and elsewhere. Many Africans have tired of Western promises of aid. The scramble in Europe for new sources of energy to replace Russian oil and gas, in societies under acute economic pressures, does not always favor expensive renewables or the conversion to “environmental capitalism” that so many business leaders in Davos have publicly embraced.

“We realize that countries are concerned over energy security, but we can’t jeopardize the planet by investing in legacy fossil fuel projects that will cause irreparable damage,” Mr. Kerry said in Davos last year.

Consensus on the environment, as on global security, is elusive. Saadia Zahidi, the managing director of the World Economic Forum, warned this month of a “vicious cycle” after its annual survey revealed deep concern over near-term economic volatility and a cost-of-living crisis.

“Polarization permeates our world, whether in domestic politics or interstate relations,” S. Jaishankar, the Indian minister of external affairs, wrote in a recent book called “The India Way.” He also noted: “We have been conditioned to think of the post-1945 world as the norm and departures from it as deviations. In fact our own complex history underlines that the natural state of the world is multipolarity.”

Convergence has gone out of fashion. There is no political consensus any longer over how to deliver prosperity to a networked world. Great power rivalry on a warming planet is the new reality. Economic opening did not lead to political opening in Russia or China, as had been widely predicted, with the result that rival democratic and autocratic blocs confront each other.

China’s Belt and Road Initiative has secured the allegiance of many countries through loans, infrastructure construction and trade accords. America now makes its own economics-must-serve-politics approach very clear. On a recent visit to India, Treasury Secretary Janet Yellen said that the United States wanted to “diversify away from countries that present geopolitical and security risks to our supply chain.” She singled out India as among “trusted trading partners.” The American targeting of China, its designated “strategic competitor,” could scarcely be more explicit.

Digital security and inclusiveness will be a major theme at Davos this year. Another reason for the Western turn away from China is the fear that data will be compromised. India, with its near universal connectivity, has led the way in demonstrating how technological leapfrogging can empower poorer sections of society. About 1.3 billion Indians now have a digital identity, and access to all banking activities online is commonplace.

“Nobody wants the current world order,” Amitabh Kant, who is responsible for India’s presidency of the Group of 20 this year, said in an interview. “There are still two billion people in the world with no bank account.”

Major power shifts are rarely peaceful. The tension between the world’s most powerful country, the United States, and its would-be successor, China, is hardly surprising. The confrontation demands of other countries that they choose sides.

Many prefer, however, to cherry-pick their allegiances, declining the binary choice offered by Mr. Biden in his depiction of a world at a tipping point between Western democratic openness and the strongman’s repression. India, a vibrant democracy but also a country with a tense 2,100-mile border with China that must be managed, is one of them, although it has grown steadily closer to the United States. More than a third of humanity lives on either side of that border.

India is one of several Asian countries where Western corporations are building factories to secure supply chains that circumvent China. These companies do not want to be vulnerable to U.S.-Chinese tensions, which could escalate at any moment. If President Xi Jinping cedes to his obsessions over a democratic Taiwan, seen as an island unjustly torn from the Chinese motherland, in the same way as President Vladimir V. Putin used similar obsessions about Ukraine to justify an invasion, all bets will be off.

The greatest boost to business confidence and insurance against war spreading across the globe would come from a cease-fire in Ukraine, as the first anniversary of the Feb. 24 Russian invasion approaches. But Mr. Putin needs to be able to portray his reckless gamble and repeated military setbacks as some form of “victory,” and Mr. Zelensky, after the heroic sacrifice of his people, has said he will not cede Ukrainian territory taken by force or through annexation to Russia.

For the moment, it appears certain that the war will grind on through the winter with terrible loss of life. Wars often end when the protagonists are exhausted; that point has not been reached. At the outset of the fighting, many feared World War III. The conflict now looks more like World War I.

Mr. Zelensky’s speech at Davos will likely be a call to arms in the name of the rule of law, the sanctity of national borders, the safeguarding of human dignity and the protection of human rights so violated by Mr. Putin’s unprovoked assault. It will be cheered. But there is no global consensus on the war outside the West. As Emmanuel Macron, the French president, has noted, “demographically” a majority of the world is neutral on the war, or opposed, a reflection of the resentment and suspicion leveled at a Western order often perceived as hypocritical or self-serving.

Still, the human quest for freedom underwritten by the rule of law is near universal. In Brazil, as in the United States, the insurrectionists were ultimately repulsed. Democratic transitions occurred. Jake Sullivan, the Biden administration’s national security adviser, wrote on Twitter that “our support for Brazil’s democratic institutions is unwavering. Brazil’s democracy will not be shaken by violence.”

Ukraine’s fierce attachment to its democracy and sovereignty has only been reinforced by Mr. Putin’s war. That is one of the painful lessons the Russian leader has had to absorb over the past year: He has reinforced beyond measure the very thing, Ukrainian nationhood, whose existence he denied. The world that will be debated in Davos is sobered but not stripped of the idea that the pursuit of human dignity and equal opportunity are the necessary accompaniment to the pursuit of profit.