Putin failed to bring Europe to its knees 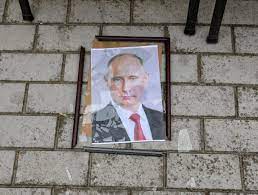 Unforeseen events which provoke global crises – such as Covid — have come to be known as ‘black swans’. By the same token, the end of 2022 has just been visited by a great big fluffy white swan.     Over the past 24 hours the main benchmark for European gas futures – the Dutch Title Transfer Facility (TTF), for gas to be delivered in February – has crashed below 80 Euros per MWh, taking it below the level it was on 23 February, the day before Russia invaded Ukraine. This, in the dead of a winter which we have been warned many times could see Europe’s shivering masses rioting in response to blackouts. It is beginning to look as if the continent might be able to get through the winter without the lights going out anywhere (at least not in response to gas shortages). Even more remarkably, wholesale gas prices have been falling in spite of a cold December in northern Europe.

What went right? Markets did their work, that’s what. The prophecies of doom weren’t entirely wrong, because without any action, Europe really would be shivering in response to the loss of gas through the Nord Stream 1 pipeline – and that means us in Britain, too. The idea that we could remain aloof because little Russian gas made it through the European gas grid as far as Britain was a fantasy.

But of course, there was action. Indeed, the spike in gas prices in August, when TTF gas futures hit 345 MWh, was partly caused by European countries rushing to fill their gas storage facilities. High energy prices, and forecasts of even higher prices to come, were frightening for consumers but they also served a purpose in both encouraging production and discouraging consumption. There have been some mandates, such as operators of public buildings in Germany being ordered to reduce the temperature to no more than 19 Celsius. But mostly demand has been controlled by people simply wanting to save money.

At the same time, high prices have attracted imports of liquified natural gas (LNG) from the US, Qatar and elsewhere.   There was a bottleneck in the summer because of a shortage of facilities for receiving and processing LNG, which must be regasified when it is taken off ship. But that was resolved through the rapid construction of floating LNG terminals off Germany, the Netherlands and elsewhere. In the space of under a year Europe has gone from a gas supply dominated by pipelines from Russia to one which has far more diverse sources and should be more resilient to future shocks in any one country.

The Ukraine crisis has left its mark: LNG by its very nature has higher underlying transport costs.    Moreover, the energy price shock has damaged European industry. Factory production has been curtailed, some of which might end up being permanently transferred to South Asia, where the energy market is not lumbered by legally-binding commitments to reach net zero. But there is no reason to assume that Europe will be struck down again by the very high gas prices which prevailed in the summer.

What promised to be a deep crisis in Europe has been averted – and the big loser is Vladimir Putin, who has sacrificed one of his biggest export markets without succeeding in bringing Europe to its knees.

Ross Clark is a leader writer and columnist who, besides three decades with The Spectator, writes for the Daily Telegraph and several other newspapers.