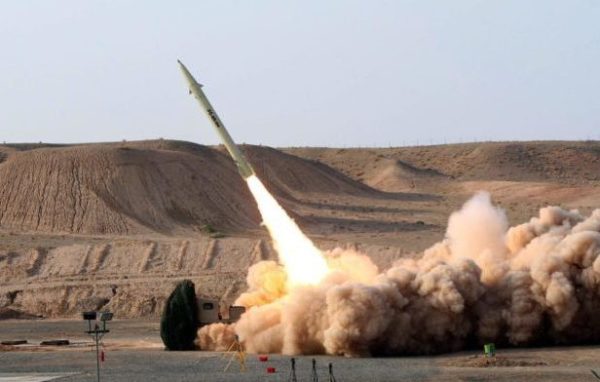 A Report revealed that Hezbollah has moved hundreds of Fajr and Fateh missiles to the Lebanese-Syrian border. These missiles carry a toxic chemical, thionyl chloride, which was reportedly injected by North Korean experts under the supervision of an Iranian chemical weapons expert. Iran’s Islamic Revolutionary Guard Corps transported the missiles to the border according to a report by al Hadath
Share:

The Saudi Arabian news agency al-Hadath reported that Hezbollah recently transferred missiles with chemical warheads from the research center in Masyaf (in the Homs region) to the region of the town of al-Qaseir in north Lebanon, on the Syria-Lebanon border.

The missiles were carried by non-military vehicles.

The operation was reportedly carried out under Iranian supervision, and North Korean experts helped load the warheads.

According to the report, the missiles were transferred because Hezbollah was concerned their place of storage had been revealed (al-Hadath, News Folio website, November 20, 2022).

“Despite the severe unrest, humanitarian crises and the unraveling of the Lebanese state, Hezbollah continues to focus its resources on acquiring and developing game-changing military capabilities that it intends to deploy against Israel, directly funded by Iran,” Fox News quoted retired Israeli Brigadier General Amir Avivi, as saying on Nov 22, 2022 .

Avivi is the CEO and founder of the Israel Defense and Security Forum .

The missiles carry thionyl chloride, a toxic chemical which was reportedly injected into the missiles by experts from North Korea under the supervision of Iranian chemical weapons expert, Qassem Abdullah Massoudyan, Al Hadath reported