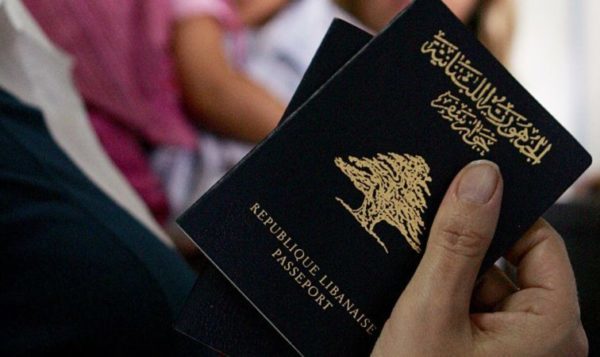 Lebanon is running out of passports as exodus escalates. Emigration is up nearly 4 times as the economy collapses
Share:

French newspaper Libération reported that 4,000 Lebanese passports were on sale for as much as $102,000 – with four of Lebanon’s most senior leaders reportedly splitting the proceeds of the sales.

Lebanon‘s presidency has denied reports that leading politicians have pocketed hundreds of millions of dollars in Lebanese passport sales, including to individuals associated with the Syrian regime of Bashar al Assad .

French newspaper Libération reported Thursday that 4,000 Lebanese passports were on sale for as much as $102,000 each, with relatives of members of the Syrian regime among the prospective buyers.

A decree for the naturalisation of 4,000 non-Lebanese was in the process of being issued, sources close to beneficiaries and actors in the passport sale operation told Libération.

The decree would have to be signed by Lebanon’s president, prime minister, and interior and finance ministers – all of whom could allegedly split the proceeds in passport sales, which could total as much as $407 million, according to the report.

The “buyers” of the nationality could include relatives of senior Syrian regime figures looking to circumvent travel restrictions and sanctions on them and travel overseas more easily, it added.

“What the French Liberation newspaper reported about ‘the sale’ of Lebanese passports to non-Lebanese is false news and has no basis,” the Lebanese Presidency tweeted.

The revelations came as part of a Libération report on Lebanon two years after the Beirut port blast in which more than 220 people died. Endemic corruption has been blamed for the disaster, as well as the lack of accountability for those believed responsible for the blast.

The report said the passport sales could be seen as “just one more example of the corruption of Lebanon’s leaders, a country where millions of citizens are struggling to secure their daily bread”.

They also come as Lebanon suffers a massive backlog in passport applications and renewals for its ordinary citizens.

Besides the Lebanese presidency, other ministers rejected the claims.

The office of interior minister Bassam Mawlawi said he had sent a letter to Libération protesting the article, asking for an apology from the newspaper and a correction of the article.

Lawyers say Lebanon’s nationality law, which dates back to the French mandate, is highly flawed.

“The Lebanese Nationality Law is one of the laws that represent scandals and legislative failure, as we go back to a decision issued by French High Commissioner General Maurice Sarrail in 1925 that has been amended several times but is still the basis for determining how Lebanese citizenship is granted,” lawyer Jad Tohme told The New Arab‘s Arabic-language sister site Al-Araby AAl-Jadeed