Lebanon is at ‘a crossroad between rebound or collapse’ 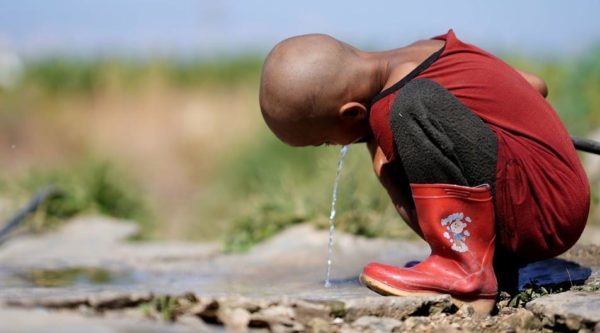 © UNICEF/Fouad Choufany A child drinks water from the only source in Hesbi Camp in Saida, Lebanon.
Share:

The dire impact of Lebanon’s unrelenting socio-economic crisis prompted the UN Special Coordinator to warn the Security Council behind closed doors on Thursday, that the country stands at “a crossroad between rebound or collapse”.

Success hinges on the ability and willingness of political leaders to “urgently initiate sustainable solutions” to end deadlock and economic paralysis said Joanna Wronecka, stressing that State institutions must be reformed to meet people’s needs.

She echoed recent calls by the Security Council and the International Support Group for Lebanon to prioritize the country’s national interests, avoid political deadlocks and speed up the formation of a government.

Given that the current presidential mandate expires on 30 October, she also advocated for presidential elections to be held within the constitutionally stipulated timeline.

Noting that the clock is ticking, the UN envoy underlined the crucial importance of reaching agreement with the International Monetary Fund (IMF) and donor countries, to advance a $3 billion deal struck in April, which is now mired in gridlock, and opposition from the banking sector.

In the meantime, the crisis-stricken country has managed to stave off a total collapse of its water infrastructure – but its supply systems remain on the brink, according to a new report issued by the UN Children’s Fund (UNICEF) on Thursday.

With the health of millions in hanging in the balance, Struggling to keep the taps on warns that solutions do not seem forthcoming, as long as the power crisis continues and electricity shortages make it impossible to pump sufficient water.

“While a total collapse of public water supply networks has so far been averted, the crisis has not been resolved and millions of people are affected by the limited availability of clean and safe water,” said Edouard Beigbeder, UNICEF Representative in Lebanon.

The report examines developments since UNICEF raised the alarm last year that Lebanon’s water system was at breaking point.

Rising global oil prices have made the economic meltdown worse – already compounded by the COVID-19 pandemic and the aftermath of the August 2020 Beirut Port explosions.

Amid spiralling inflation, the power crisis has rendered water providers unable to supply their customers with the minimum-acceptable quantity of 35 litres per capita per day.

While many households rely on trucking water in, and costly private providers who give no assurances of water quality, most depend on bottled water, which has risen three to five times in price, year on year.

The water crisis is having a critical impact on hospitals, health centres, and schools.

Inadequate supplies pose a huge risk to infants and young children vulnerable to water and sanitation-related diseases, one of the leading causes of death for children under five, according to UNICEF.

“Addressing the issue is of utmost importance for the health of children and families in Lebanon,” underscored Mr. Beigbeder.

UNICEF said that immediate measures must taken to solve the power crisis, while underscoring that investments are urgently needed to allow public supply networks to operate.

As the Government works to resolve the crisis, it is critical to ensure that every family, especially the most vulnerable, can afford water.

“Access to water is not only a basic need, it is a fundamental right. Having sufficient, affordable and safe water saves lives and keeps children healthy,” said the UN envoy.

In a more positive development, the UN in Lebanon on Thursday launched the second phase of a support programme for eight women-led organizations working on community peacebuilding in Lebanon.

The UN has consistently upheld that sustainable peace, security, and development require the effective participation of women, in all their diversity.

However, that is not possible without funding those working to build a culture of peace in their own communities.

“Women continue to have to fight for their voices to be heard, despite abundant evidence on the link between women’s participation and peace,” said the UN Resident and Humanitarian Coordinator for Lebanon, Najat Rochdi.

The second tranche of funding from the WPHF in Lebanon simultaneously uses unearmarked funds to strengthen women-led and community-based organizations working on peacebuilding efforts at the local level, while providing funding for specific peacebuilding initiatives.

“We owe it to those championing peace on the frontlines to provide them with timely and accessible funding that is responsive to their realities,” stated Rachel Dore-Weeks, Head of UN Women in Lebanon.

The first window of the WPHF was launched in Lebanon after the 2020 Beirut Port Explosion. This second, which builds on that work, will begin in August and run through to December 2023 by building peace through advocacy, art, and women-led peace spaces, dialogues, and student clubs.