Biden ends trip with U.S.-Saudi relations on the mend 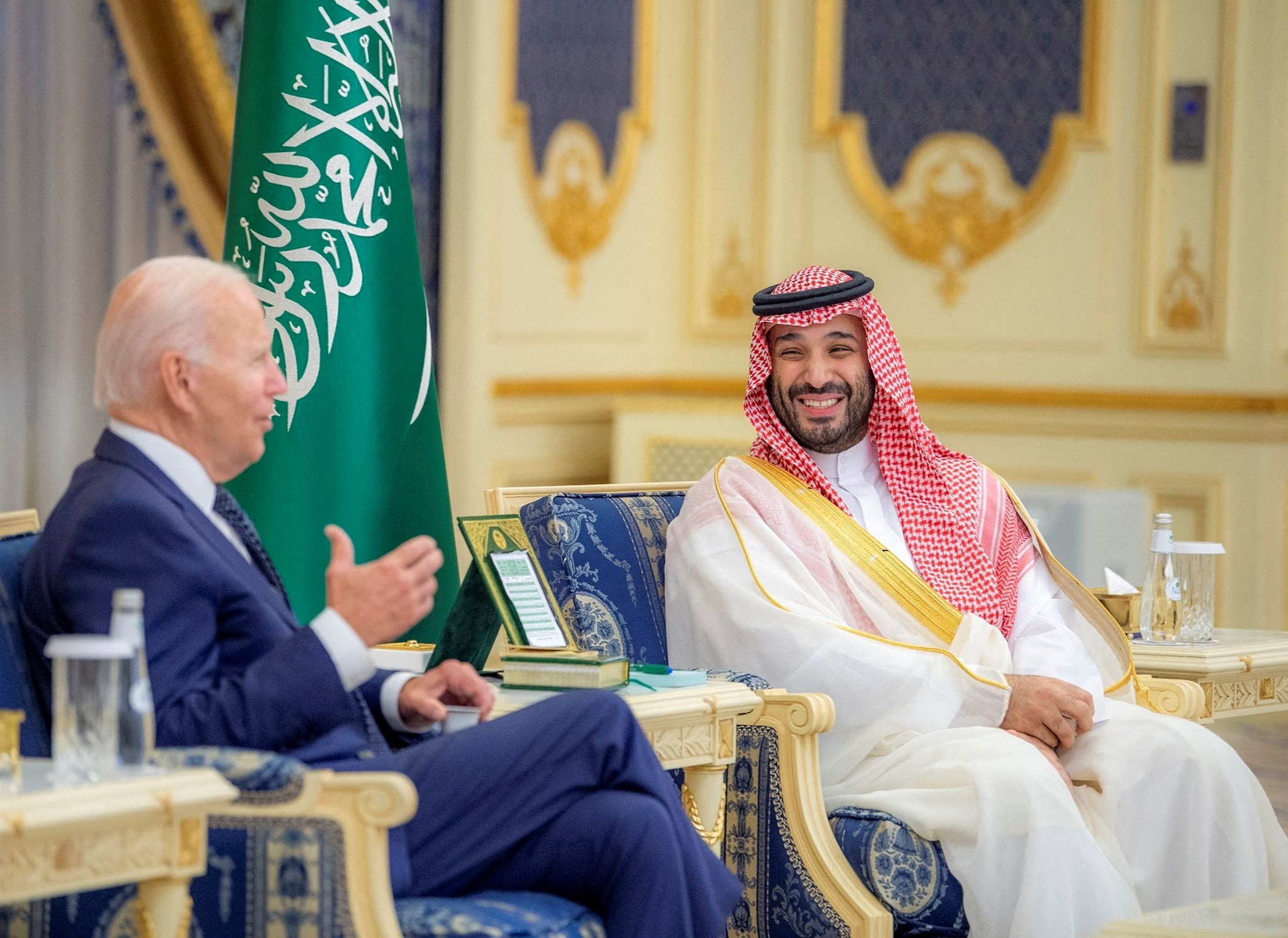 JEDDAH, Saudi Arabia – President Joe Biden and Saudi Crown Prince Mohammed bin Salman took a step to mending their troubled relationship with a fist bump, but the U.S. leader left the kingdom on Saturday with few big successes and doubts as to whether the visit was worth it.

Biden’s four-day trip to Israel and Saudi Arabia, his first to the Middle East as president, aimed to reset ties with the Gulf Arab oil giant, demonstrate U.S. commitment to the region and counter the rising influence of Iran, Russia and China.

Though Biden left the Middle East without securing an immediate pledge by Saudi Arabia to boost oil output or public support for U.S. efforts for a regional security axis that would include Israel, the trip was not a wash.

Biden’s fist bump with Prince Mohammed in front of the royal palace in Jeddah will serve as the defining image of the trip, but it was months in the making. White House officials were divided over rewarding MbS with a visit and agonized over how it would look.

In the end, they decided that keeping strategic ties with Saudi Arabia that have weathered 80 years was important for U.S. interests and would help the two sides turn the page.

Riyadh took several important steps to pave a path for the visit, including backing a U.N.-brokered truce in the Yemen conflict, a big victory for Biden, who pulled U.S support for Saudi-led offensive operations. It also helped accelerate already approved boosts in oil production through OPEC+.

“The summit of the nine Arab leaders is a clear accomplishment as is the backing for the truce in Yemen. But these accomplishments have come at the cost of the fist bump,” said Bruce Riedel, a foreign policy fellow at the Brookings Institution.

Biden came to Saudi Arabia hoping to convince the OPEC heavyweight to boost oil production, but the kingdom held firm on its strategy that it must operate within the framework of the OPEC+ alliance, which includes Russia, and not act unilaterally.

High gasoline prices have fueled a surge in inflation in the United States and globally, dragging down Biden’s poll numbers as he heads into critical congressional elections in November.

However, White House officials are confident their diplomatic efforts will help shape the conversation when OPEC+ members hold their next meeting.

“All eyes are on the August 3 OPEC+ meeting. If the Saudis and the UAE want to raise output, they will do it via OPEC+. But we have to keep in mind the demand picture is softening. I’m not sure these countries are convinced the market needs more crude supply,” said Ben Cahill, an energy analyst at the Center for Strategic and International Studies.

The trip saw a small warming of relations between Saudi Arabia and Israel after Riyadh said it would open its airspace to all air carriers, paving the way for more overflights to and from Israel.

There was also a U.S.-brokered deal between Israel, Egypt and Saudi Arabia under which a small U.S.-led international peacekeeping contingent would quit the strategic island of Tiran, control of which was ceded to Riyadh by Cairo in 2017.

The United States and Israel hope those moves and the summit could help build momentum toward Israel’s further integration into the region, including with Saudi Arabia.

But the Saudi foreign minister poured cold water over any imminent normalization with Israel, saying this was not a precursor to further steps. He said Riyadh was not part of any discussions on a Gulf-Israeli defense alliance to counter Iran.

On Thursday, the U.S. and Israel signed a joint pledge on Thursday to deny nuclear arms to Iran, a show of unity by allies long divided over diplomacy with Tehran. The declaration was part of Biden’s efforts to rally regional allies around U.S. efforts to revive a 2015 nuclear pact with Iran.

Saudi Arabia and Israel were not happy with the original nuclear deal brokered by former President Barack Obama’s administration and celebrated when Biden’s predecessor, Donald Trump, quit the pact.

Now, Biden is asking for patience, assuring them that the United States is willing to use force as a last resort if talks fail and Iran continues what the West believes is a program to develop nuclear weapons. Tehran denies it is seeking a nuclear weapon.

Saudi Arabia and the UAE want regional concerns over Iran’s missile program and regional proxies to be addressed.