Russia to source drones from Iran for its war in Ukraine 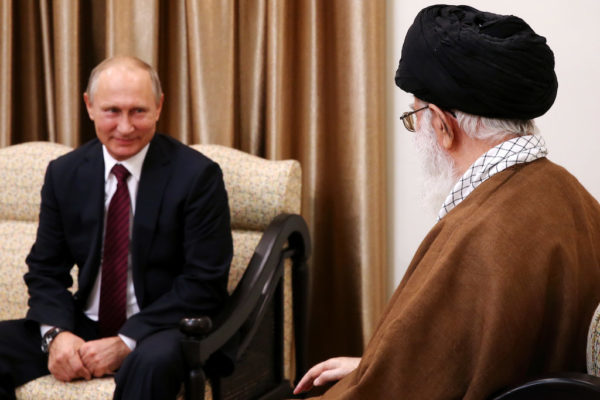 Never in the history of warfare have drones been used as intensively as in Ukraine, where they often play an outsized role in who lives and dies. Russians and Ukrainians alike depend heavily on unmanned aerial vehicles to pinpoint enemy positions and guide their hellish artillery strikes. After months of fighting, Russia plans to source drones from Iran after depleting its drone fleet , according to US intelligence

Never in the history of warfare have drones been used as intensively as in Ukraine, where they often play an outsized role in who lives and dies. Russians and Ukrainians alike depend heavily on unmanned aerial vehicles to pinpoint enemy positions and guide their hellish artillery strikes.

But after months of fighting, the drone fleets of both sides are depleted, and they are racing to build or buy the kind of jamming-resistant, advanced drones that could offer a decisive edge.

The urgency was reflected by the White House’s disclosure Monday that it has information that Iran will be rushing “up to several hundred” unmanned aerial vehicles to Moscow’s aid. Iranian-supplied drones have effectively penetrated U.S.-supplied Saudi and Emirati air-defense systems in the Middle East.

Meanwhile, Ukraine wants the means “to strike at Russian command and control facilities at a significant distance,” Bendett said.

The demand for off-the-shelf consumer models remains intense in Ukraine, as do efforts to modify amateur drones to make them more resistant to jamming. Both sides are crowdfunding to replace battlefield losses.

Outgunned Ukrainian fighters complain that they simply don’t have the military-grade drones needed to defeat Russian jamming and radio-controlled hijacking. The civilian models most Ukrainians rely on are detected and defeated with relative ease. And it’s not uncommon for Russian artillery to rain down on their operators within minutes of a drone being detected.

Compared with the war’s early months, Bendett now sees less evidence of Russian drones getting shot down. “The Ukrainians are on the ropes,” he said.

Adding to the defenders’ woes: The Ukrainian hero of the war’s early weeks, the Turkish-made Bayraktar TB-2 laser-guided, bomb-dropping drone, has become less effective in the face of denser Russian air and electronic defenses in eastern Ukraine. It was the star of many a patriotic Ukrainian video.

“Russians are in a much better position because they fly long-range drones” designed to evade electronic countermeasures, a Ukrainian air reconnaissance unit leader recently told Associated Press journalists outside Bakhmut near the front lines.

On the ground, Russia’s more plentiful electronic warfare units can cut off drone pilots’ communications, interrupt live video and drop the vehicle from the sky or, if it has homing technology, force it to retreat.

Hence the need for advanced drones that can survive radio interference and GPS jamming and rely on satellite communications and other technologies for control and navigation.

In mid-June, a top adviser to President Volodymyr Zelenskyy specified in a tweet listing various desired armaments that Ukraine needs 1,000 drones if it is to end the war.

A Russian deputy prime minister who oversees Kremlin arms industries lamented in a TV interview last month that prewar drone development was not more robust. Yuri Borisov also said Russia was stepping up manufacture of a wide range of drones “although it can’t be done instantaneously.”