Saudi dissident killed by his 2 brothers in Lebanon: ISF 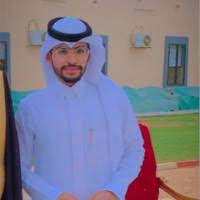 In a statement posted on Twitter, NAAS, an opposition grouping founded by Saudis living mostly in exile, said Yami was “assassinated in suspicious circumstances” on Saturday.

It demanded a “just, clear and transparent investigation” of the killing, saying it held Saudi authorities responsible for failing to safeguard citizens seeking more freedoms abroad.

There was no immediate comment from the Saudi government.

Yami, a member of the Saudi Shi’ite Ismaili Muslim minority, had been living in Lebanon since 2015, said senior NAAS member Yahya Assiri. He had been trying to secure safe passage to a third country.

Yami helped establish NAAS in 2020. The group has advocated for an elected parliament in Saudi Arabia, as well as constitutional safeguards to ensure separation of the legislative, judicial and executive branches.

Lebanon’s internal security forces said a 42-year-old Saudi citizen had been stabbed to death by his two brothers in a family dispute on Saturday, without publishing the victim’s name.

It said that security forces had arrested the two brothers on Sunday and that they had confessed to the killing.

A Lebanese security source confirmed to Reuters that the victim of the stabbing was Manea al-Yami.