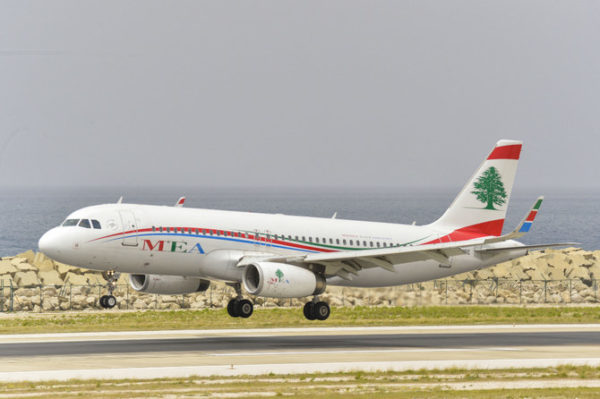 Jean Abboud, head of the Syndicate of Tourism and Travel Agencies, told Arab News that airlines had started programming their flights to Riyadh and Jeddah from Beirut. Most people were relieved by the move, he added.

Saudi Arabia’s ambassador to Lebanon, Walid Al-Bukhari, tweeted on Thursday evening about the decision, as the Kingdom lifts precautionary measures during the Hajj season.

Lebanon’s caretaker Tourism Minister Walid Nassar thanked the Saudi leadership for allowing people to fly directly from Lebanon without the need to spend 14 days outside the country before entering Saudi Arabia.

Nassar added that the Kingdom had always stood by Lebanon and the Lebanese, taking decisions that were “in the interest of our country.”

Abboud said that previous measures had prevented about 60 percent of Lebanese people living and working in Saudi Arabia from returning directly from Beirut.

“So they became more reluctant to fly out to Lebanon. The Lebanese community in the Kingdom is quite large, and the Lebanese used to fly to Beirut very frequently, sometimes every weekend. However, the condition requiring them to stay 14 days in another country before returning to Saudi Arabia became a major waste of time and money.

“Airlines are adjusting their flights to the Kingdom in light of the decision, especially since large numbers of Lebanese are currently spending their summer vacation in Lebanon and wish to return via a direct flight to Saudi Arabia.”

He said: “We are happy to return to the Kingdom of goodness, humanity, love, and giving, which has always been an example for Arab brotherhood. We all yearn for more such decisions that we are accustomed to from the Kingdom that has never left Lebanon. Rather, it has always provided support and aid, and it will always do so, especially in these virtuous days.”

Mohamed Choucair, the president of the Lebanese Economic Organizations, described the Saudi decision as an important step toward rebuilding bilateral ties, a pillar for Lebanon’s balance and recovery.

The head of the Lebanese-Gulf Businessmen Councils, Samir Al-Khatib, said: “We were closely following up on this issue with the concerned officials in the Kingdom, especially with the Saudi ambassador to Lebanon, given that the ease of movement between Lebanon and Saudi Arabia constitutes an essential foundation for maintaining the relations of brotherhood, friendship and love between the two brotherly peoples.

In April, the foreign ministries of Saudi Arabia and Kuwait announced the return of their ambassadors to Lebanon following the diplomatic and economic row caused by statements from a former information minister about the war in Yemen.

At the time, the Saudi Foreign Ministry stressed the importance of Lebanon returning to its Arab origins.

It said Bukhari’s return to Beirut was in response to the “calls and appeals of moderate national political forces in Lebanon, and in confirmation of the Lebanese prime minister’s statement of the government’s commitment to take the necessary and required measures to enhance cooperation with the Kingdom and Gulf Cooperation Council countries and to stop all political, military, and security activities affecting the Kingdom and GCC countries.”

Passenger traffic through Beirut Rafic Hariri International Airport has been rising significantly, reaching around 30,000 passengers per day, with over 19,000 arrivals, mostly Lebanese people living and working in the GCC, Europe, Canada, the US, and Africa.

The total number of passengers through Beirut Rafic Hariri International Airport in June reached 580,787, compared to 394,220 passengers in June 2021, an increase of 47.32 percent.