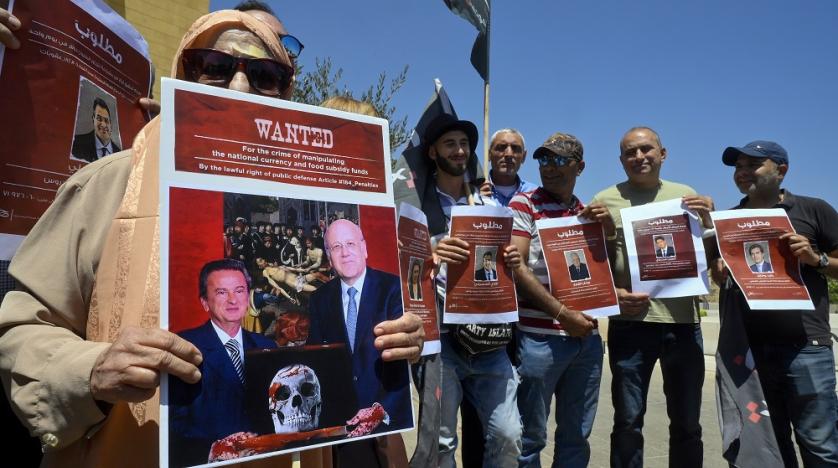 Lebanese bank customers hold pictures of the owners of Lebanese banks and caretaker PM Najib Mikati and Central bank chief calling them “the enemies of society”, during a protest in downtown Beirut, Lebanon, 11 June 2022. (EPA)
Share:

The price of a 20 liters of fuel ( 20 liters is the unit reference used in pricing fuel oil in Lebanon) crossed the minimum wage in Lebanon for the first time since the eruption of the country’s economic crisis.

The cost of fuel has risen with the rise of the dollar against the pound and surge in fuel prices around the world due to the Ukrainian crisis.

Fuel distributors met on Saturday to address the crisis.

Representative of the distributors, Fadi Abu Shakra blamed the crisis on the rise of oil prices worldwide and the hike in the collapse of the Lebanese currency

The people will no longer be able to handle the burden with fuel selling at 700,000 pounds, he added.

Despite incurring losses, the distributors have never waned in providing fuel to the people, he stressed.

He revealed that the distributors have requested an urgent meeting with caretaker Energy Minister Walid Fayyad to address the difficulties they are facing.

Owners of gas stations are suffering losses due to the great fluctuation in the exchange rate of the dollar to the pound, Abu Shakra said.