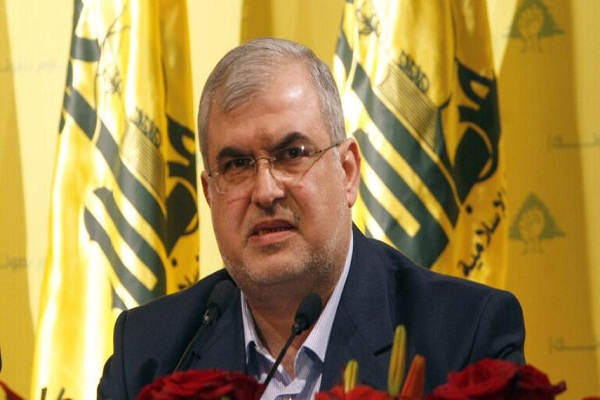 Mohammed Raad , a lawmaker of the Hezbollah militant group who headed up the outgoing parliamentary bloc of the Iranian backed group on Monday threatened his rivals against becoming “shields for the Israelis,” as Lebanon awaits the final election results .

“We accept you as opponents in parliament, but we will not accept you as shields for the Israelis,” said Mohammed Raad, according to Hezbollah’s mouthpiece Al Manar TV channel.

In mid-2006, a 34-day war pitted Israel — whose troops had withdrawn from southern Lebanon in 2000 — against Hezbollah.

Raad was re-elected Sunday in the first polls since the country’s economy was dragged to the brink of collapse and a mass anti-government protest movement sparked hope for change in 2019.

His comment raised fears of unrest as the country awaited results Monday ,

Lebanon suffered a 15-year-old civil war that ended in 1990 with most belligerents turning into political parties that have ruled the country for the past 30 years.

Independents from the country’s nascent protest movement and members of Hezbollah’s arch-rival, the Lebanese Forces (LF), appear to have made Significant gains in Sunday’s polls.

Samir Geagea’s LF, which has strong ties with Saudi Arabia, appears to have emerged as the largest Christian party, at the expense of President Michel Aoun’s Free Patriotic Movement (FPM), which is allied with Hezbollah.

Hezbollah, considered a “terrorist” organization by many Western and Gulf countries, has so far retained all its Shiite seats, but its allies appear to have lost many seats to Independents and LF

According to analysts Hezbollah role after Israel withdrew from Lebanon 22 years ago has shifted from being a resistance movement to being Iran’s proxy in the Middle East . Hezbollah has been trying to increase Iran’s influence by actively interfering in the internal affairs of the Arab countries , namely , Syria, Iraq, Yemen and Lebanon . For this reason Hezbollah’s losses in the Sunday election did not come as a complete surprise to many