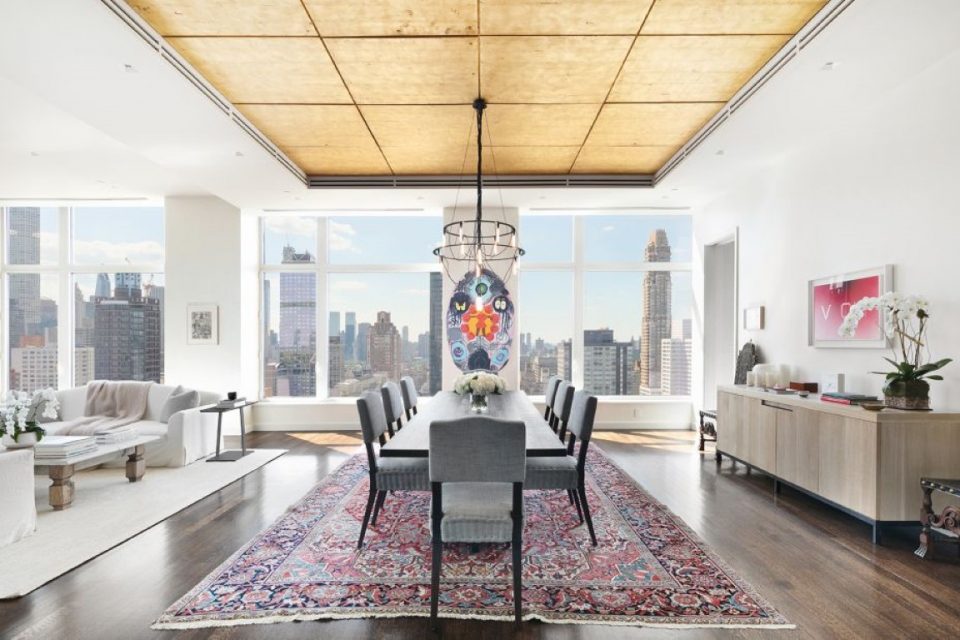 Jennifer Lawrence’s Penthouse in New York City that was sold for $9.9 million to Lebanese banker Marwan Kheireddine at a time when ordinary Lebanese have not been able to send funds abroad to support families or pay overseas tuition and school fees.
Share:

The Daily Mail reported that Lawrence made the sale to Marwan Kheireddine who is the chairman and CEO of Al Mawarid bank in Lebanon.

Beirut- For months, a series of informal and ad hoc capital controls placed on ordinary Lebanese have meant many have not been able to send funds abroad to support families or pay overseas tuition and school fees.

While Lebanese have struggled to transfer mere hundreds of dollars out of the country as the country faces an unprecedented economic crisis, Kheireddine has made the nearly $10 million purchase as an investment, he told Al Arabiya English.

Kheireddine said the purchase is part of an investment deal through a family-owned company that invests outside Lebanon in countries including the US, UK, Canada and Panama. The deal was financed through a US bank loan, “so there’s nothing to do with the capital controls,” he added.

“The future owner will have to pay massive common charges of $5,700 a month, alongside taxes, insurance and upkeep which amount to $100,000 a year,” the Daily Mail reported.

Earlier speculation lent to the idea that Kheireddine had somehow circumvented capital controls, but he told Al Arabiya English this was not the case.

Kheireddine , the brother in-law of MP Talal Arslan is running for election in the third district in south Lebanon which includes (Nabatieh – Bint Jbeil – Hasbaya – Marjaayoun) on a list supported by Hezbollah and Amal . If he wins he will be replacing Anwar Khalil another banker who is related to Kheireddine .

In the days after the Beirut port explosion, Hamdan, who is also a rights activist, was monitoring a crackdown by security forces on anti-government protests when he was hit in the chest by a pellet that pierced his heart, requiring surgery.

Hamdan, a lawyer is one of several newcomers hoping to break the hold that dominant sectarian politicians have on power at a May 15 parliamentary election.

The vote is part of a struggle between Lebanon’s political and financial elite and “the 99% who are victims in this society”, the 34-year-old lawyer was quoted s telling Reuters

Many demonstrators who took to the streets shortly the blast blamed the disaster, investigations into which have stalled, on safety failings by top political and security officials.

“They knew!” was a popular slogan, a reference to the ruling establishment knowing about the presence of large amounts of ammonium nitrate at the port but doing nothing about it.

With Lebanon in the throes of what the World Bank has called one of the world’s worst ever economic meltdowns, some analysts believe candidates opposed to established parties stand a better chance than ever of winning some of parliament’s 128 seats.