Election 2022: Will the votes of the Lebanese diaspora, expats count ? 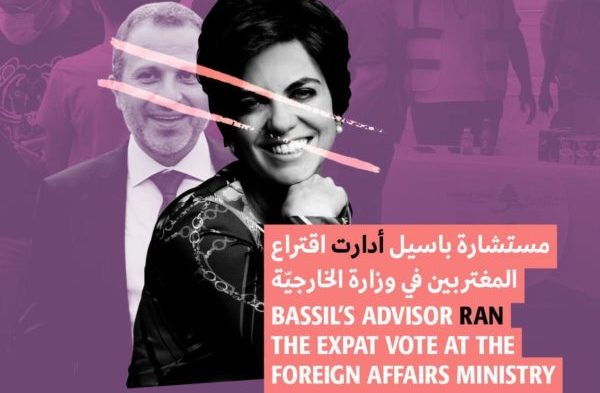 If any of the political parties in Lebanon tries to tamper in any way , shape or form with the votes of the Lebanese expats and diaspora , this could spell the end of any participation of the Lebanese community outside of Lebanon in any future election . Without the Lebanese expats and diaspora Lebanon cannot exist in any shape or form because they are the lifeline of Lebanon . For a start the Lebanese will starve to death if remittances from the expats stop . People in Lebanon should express their outrage at the government and specially the ministry of Foreign affairs over this fiasco . It is time to act …Time to get Bou Habib fired

There is a huge concern in Lebanon over the whereabouts of the ballot boxes of the Lebanese Diaspora and expats.

According to media information Lebanon Foreign minister Abdallah Bou Habib appointed Pacale Dahrouj to be in charge of the expatriate diaspora vote.

Pacale Dahrouj is reportedly the wife of a key Free Patriotic Movement official. She is not an employee at the ministry but has been acting as an advisor to FPM chief Gebran Bassil , who is reportedly the most despised politician in Lebanon .

About a quarter of a million Lebanese expats registered to vote . Some voted on May 6 and some on May 8th . the voter turnout averaged about 60 % or roughly about 150,000 votes .

The ballot boxes were supposed to have been shipped to the Central Bank of Lebanon where they will be stored till May 15 , the election day in Lebanon and are supposed to be counted on May 15.

Once the votes are allocated to the electoral district they cx will not be enough to elect any member to the parliament but they surely could help swing the vote.

The main concern here is the fact that Bou Habib is president Michel Aoun’s man . He has been allied with Aoun since 1988 at the end of president Amin Gemayel term when was still the Lebanese ambassador to Washington.

Aoun is the founder of FPM and he appointed Bassil as his successor , just before he became president .

The Lebanese forced has accused Bassil of running the foreign ministry and tried but failed to get Bou Habib fired as a result of that .

The problem is not only FPM , its is Hezbollah too .

According to the reports Dahrough has appointed a team of 10 people to bring the ballot boxes from thee central bank to be counted on Election Day . Since FPM is allied with Hezbollah , the concern here is that Hezbollah armed people will take charge of these ballot boxes and will tamper with the votes anyway they see fit.

The information on Dahrouj surfaced during a recent interview of Lebanese Minister of Interior and Municipalities Bassam Mawlawi, by Marcel Ghanem on MTV.

When asked about the ballot boxes Mawlawi told Ghanem , that Dahrouj was appointed to be in charge of them

While the show was still going a heated conversation started over the phone with Minister Bou Habib who accused the media of mocking the ministry.