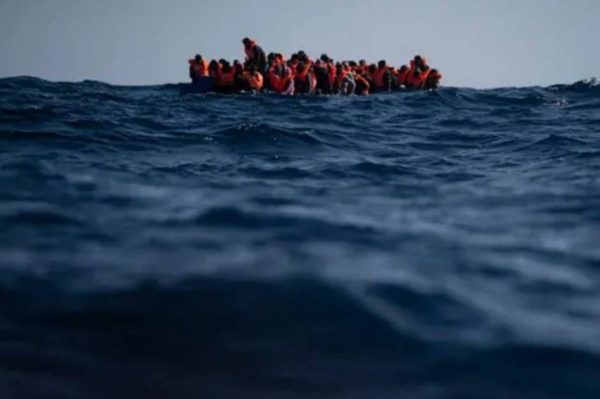 Six people died when a boat capsized off the Lebanese coast of Tripoli overnight, including at least one child. The 10-meter (33-foot) boat built in 1974 was crammed with nearly 60 would-be migrants and took to sea without any safety precautions. One of the survivors accused the Lebanese navy of deliberately crashing into the migrant boat to force them to return. Former PM Saad Hariri demanded a swift probe
Share:

The small dinghy carrying around 60 people sunk off the coat on Saturday night with both Lebanese and Syrians aboard.

Hamie told Reuters that a young girl’s body was retrieved on Saturday night and that the army had recovered another five on Sunday morning.

The army had previously said the vessel had left the coast illegally. In a press conference on Sunday, it said naval forces had crashed into the dinghy as the smuggler in charge tried to evade the military.

“The Lebanese military saved at least 47 people, but we don’t know how many more are missing because we don’t know the total number of those aboard,” said Hamie.

Lebanon’s economic crisis has seen the local currency lose more than 90 percent of its value and pushed waves of Lebanese as well as Syrian refugees to try the dangerous sea journey to Europe on small dinghies.

Lebanese citizen Kassem al-Zoeibi, whose relatives had survived the capsize, said they had tried to flee Lebanon out of desperation.

“Why did they chose this way? It is because there is no way but this way,” he told Reuters.

The United Nations humanitarian coordinator for Lebanon Najat Rochdi expressed her condolences on Sunday and said UN agencies were on the ground to help.

“It’s horrific to see deprivation still pushing people to take a perilous journey across the seas, sacrificing their lives and that of their children in search of a dignified life,” Rochdi posted on Twitter.

Haitham Dannaoui, the head of Lebanon’s naval forces, said the 10-meter (33-foot) boat built in 1974 was crammed with nearly 60 would-be migrants and took to sea without any safety precautions.

He told a news conference that the army tried to thwart the smuggling operation before the ship sailed out of the Qalamoun region, south of Tripoli, but could not reach the departure point in time.

“Unfortunately, the captain (of the migrant boat) decided to carry out maneuvers to escape,” leading to the vessel crashing into the patrol ships, Dannaoui said.

The impact cracked the hull of the migrant boat, which quickly submerged, he said.

“In less than five seconds, the boat was under water,” Dannaoui said, adding that passengers were quickly handed life jackets.

But one of the survivors said a naval ship had deliberately crashed into the migrant boat to force them to return.

“The patrol boat crashed into us twice…to drown us,” the man told AFP at the port, before he was silenced and carried off by a crowd of survivors’ relatives.

Last November, a boat carrying dozens of would-be migrants also sank off Tripoli’s coast after being chased by the Lebanese army.

The passengers were rescued and towed back to shore.

The incident stoked public anger in Tripoli, Lebanon’s second city and one of its poorest.

Growing poverty and unemployment rates have turned Tripoli into a launchpad for illegal migrants.

The relatives of the victims and the missing lashed out at the country’s leaders.

The economic crash has spurred an uptick in sea crossings out, with an increasing number of Lebanese joining the ranks of Syrian and Palestinian refugees trying to illegally cross into Europe.

The U.N. refugee agency says at least 1,570 people, 186 of them Lebanese, left or tried to leave illegally by sea from Lebanon between January and November 2021.

Most were hoping to reach European Union member Cyprus, an island 175 kilometers (110 miles) away.

Former PM Saad Hariri on Sunday described the testimonies by survivors of a migrant boat that capsized off Tripoli as “dangerous,” demanding a swift probe, after some of those who were on the boat accused the Lebanese navy of deliberately sinking their vessel.

“When the Lebanese citizen reaches the extent of resorting to death boats to escape from the state’s hell, this means that we have become a failed state.

“The testimonies made by the victims of the death boat are dangerous and we will not accept that they be buried in the city’s sea. A swift probe is needed to unveil circumstances and identify responsibilities.