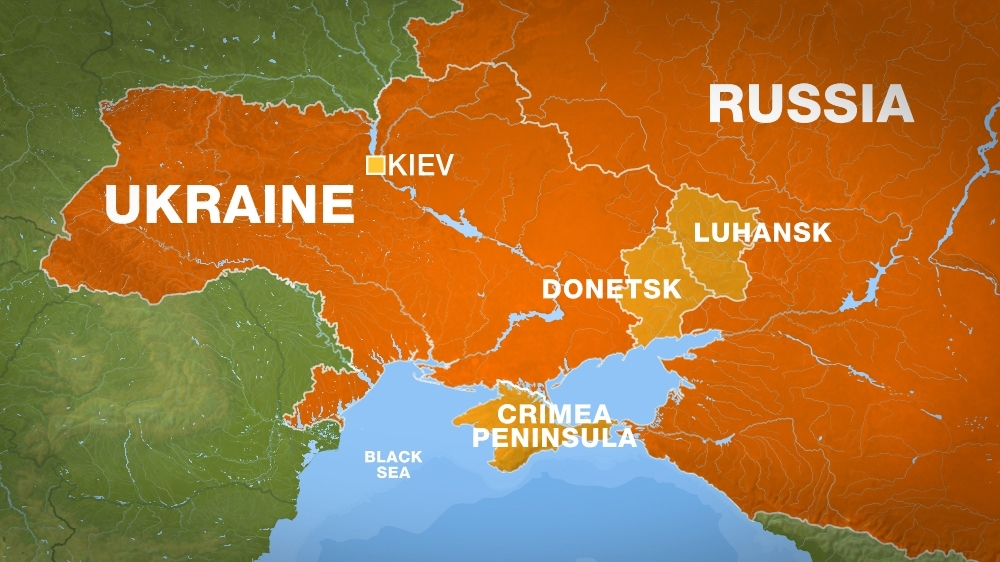 WASHINGTON, DC – Russian President Vladimir Putin announced Monday evening that he would recognize the independence of two breakaway regions of eastern Ukraine, a development that could undermine Western hopes of a diplomatic resolution to the ongoing crisis.

During his hour-long remarks, Putin aired historical grievances against NATO and the U.S. and accused Western governments of hostile activities that threaten Russian security. Putin also made the case for involvement in the region to the Russian people.

Ahead of Putin’s address, the Kremlin said that the Russian president discussed his decision with French President Emmanuel Macron and German Chancellor Olaf Scholz. Both leaders expressed their disappointment with Putin’s decision but indicated their readiness to continue diplomatic talks, the Kremlin added.

During the session, top Russian officials publicly discussed recognizing the independence of the two enclaves where Ukrainian forces and Russia-backed rebels have been engaged in a long-running armed standoff. The conflict in the separatist regions began in 2014, shortly after Russia’s illegal annexation of Crimea, a peninsula on the Black Sea.

U.S. and European allies have warned that Putin’s recognition of the separatist regions in Ukraine could serve as a possible prelude to a Russian invasion.

“The [European] Union will react with sanctions against those involved in this illegal act. The Union reiterates its unwavering support to Ukraine’s independence, sovereignty and territorial integrity within its internationally recognized borders,” wrote European Commission President Ursula von der Leyen and European Council President Charles Michel in a joint statement.

Last week, Secretary of State Antony Blinken warned that recognition of Donetsk and Luhansk would trigger a “swift and firm response from the United States in full coordination with our Allies and partners.”

Earlier on Monday, Ukrainian Foreign Minister Dmytro Kuleba said he requested an urgent meeting of the U.N. Security Council. It was not immediately clear when or whether Ukraine’s request would be taken up by the 15-member Security Council, to which Russia is a member.

Over the weekend, President Joe Biden accepted a meeting with Putin “in principle,” on the condition that Russia does not invade Ukraine.

Jen Psaki, the White House press secretary, said Sunday evening that the summit would happen following a meeting between Secretary of State Antony Blinken and his Russian counterpart, Foreign Minister Sergey Lavrov. That meeting is scheduled for later this week.

White House officials confirmed to NBC News that the U.S. has discussed plans with the Ukrainian government to relocate Zelenskyy from Kyiv should Russian forces proceed with an advance.

Zelenskyy would move to Lviv in western Ukraine, a city that is approximately 50 miles from the Polish border, the people familiar with the plans said.

Monday’s meeting in the Situation Room of the White House follows recent days of stark warnings from U.S. and European allies. On Friday, Biden said Putin would carry out an attack on Ukraine “in the coming days.”

The Biden administration has previously declined to predict Putin’s playbook even as Russia has deployed nearly half of its military to Ukraine’s borders.

The Kremlin has repeatedly denied that the more than 190,000 Russian troops outfitted with advanced military equipment along Ukraine’s borders are preparing for an invasion.

Biden’s top diplomat said Sunday that there is still time for Putin to choose diplomacy.

“Until the tanks are rolling and the planes are in the air we are going to try everything we possibly can to get President Putin to reverse the decision we believe he’s made,” Blinken said on NBC’s “Meet the Press.”

“Until the last minute, there is still an option for him to pull back,” he added.

Earlier on Monday, U.S. Ambassador Michael Carpenter to the Organization for Security and Cooperation in Europe, or OSCE, warned that the world could no longer ignore “a full-scale Russian war against Ukraine.”

“And let us be clear: this would be an offensive war, a war of choice, planned for months in advance. All that separates us from this war right now is one fabricated pretext,” he added.

Last week, in a dramatic appearance at the United Nations, Blinken shared a grim assessment of what Russian forces could do to Ukraine if the Kremlin suddenly launched an attack.

“Russian missiles and bombs will drop across Ukraine. Communications will be jammed, cyberattacks will shut down key Ukrainian institutions. After that, Russian tanks and soldiers will advance on key targets that have already been identified and mapped out in detailed plans,” Blinken told members of the U.N. Security Council.

Chairman of the Joint Chiefs of Staff and U.S. Army Gen. Mark Milley painted an equally grim picture of what could lie ahead for Ukraine, telling Pentagon reporters that Russia’s troop buildup was unlike anything he has seen during his four-decade military career.

“Given the type of forces that are arrayed, the ground maneuver forces, the artillery, the ballistic missiles, the air forces, all of it packaged together. If that was unleashed on Ukraine, it would be significant, very significant, and it would result in a significant amount of casualties,” Milley said on Jan. 28.

“It would be horrific,” he added.