A way for Lebanon to break away from Hezbollah’s hold 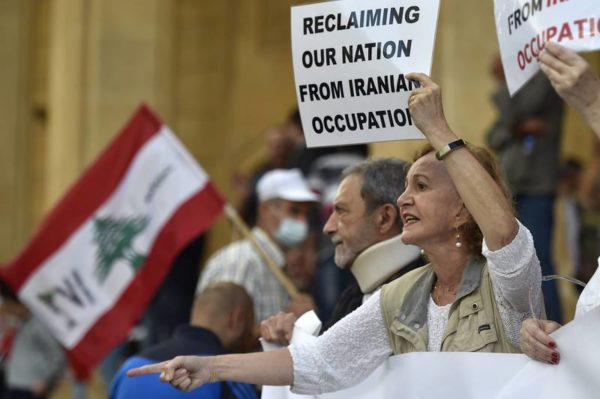 Beirut- A question preoccupying many Lebanese is: how does their country break free of Iran’s domination and that of its local ally, Hezbollah? Is there a deal that can be reached where they would be willing to give up a measure of control?

The instrument of Iranian authority has been similar in all those Arab countries where Tehran has influence – Yemen, Lebanon, Syria and Iraq. It revolves around sponsorship of armed militias that have the capacity to act in a hybrid manner – through state institutions, but also outside them when it suits Iran’s purposes.

That is why dissatisfaction with Iran’s influence means mainly finding solutions to the existence of pro-Iranian militias. In Lebanon, this explains why Hezbollah’s adversaries are looking for mechanisms that can lead to the party’s disarmament.

Not surprisingly, such an approach fairly quickly leads to an impasse. Hezbollah will not voluntarily surrender its weapons, and if anyone were to try doing so by force, it would be unlikely to succeed. Nor is there a domestic solution possible, as Lebanon will avoid any actions against Hezbollah that might provoke a new civil war.

The regional context explains Iranian intransigence. Iran’s advances in the Middle East have been based primarily on exploiting rifts in Arab countries. While the Iranians are in the process of expanding and consolidating their power, as they are today, it is improbable that they or their proxies would consider making concessions.

So, the notion that there is a silver bullet to the Hezbollah problem is an illusion. There is no military option, nor is there a prospective political deal that can be reached, at least for now, that would initiate a process of military demobilisation, let alone make the party embrace Lebanon’s legitimate constitutional order.

Rather, if solutions are to be found, they may have to be considered in the confines of Lebanon’s sectarian system. Hezbollah can overcome many obstacles, but it has no way of indefinitely flouting the unwritten rules of sectarian relations and the pluralism they generate. For a party that represents a segment of a community that is itself a minority in Lebanon, understanding these rules is necessary.

The sectarian Lebanese system is one reason why it is absurd to assume that Hezbollah and its Shiite supporters will consider breaking with Iran. Iranian sway in Lebanon is here to stay for as long as it is anchored in one of the country’s leading communities. But by the same token so is the influence of the Sunni Arab states, particularly the Gulf states, who remain a point of reference for most Sunnis.

That is why, while Iran cannot be driven out of Lebanon, it can be placed in a situation where it is no longer the sole dominant power in the country. For this to happen, Arab states (and other Sunni-majority Arab states) must strengthen their constituencies in Lebanon and actually play politics in the country. This need not mean investing billions of dollars to support the corrupt or incompetent political elite, but reinforcing a Sunni community that today feels abandoned by countries of the region.

What would be the benefit, some may ask. As the stakes of outside powers in Lebanon increase, Iran’s supremacy would be replaced by a situation in which it has to consider the interests of other foreign actors and negotiate with them.

Tehran and Hezbollah are perfectly aware of the risks. That is why they were not displeased, for example, to see the failure of French President Emmanuel Macron’s initiative of 2020, which aimed to bring in a government of technocrats in Beirut to introduce economic reforms. Iran and Hezbollah did not want to give France too much of a say in Lebanese affairs.

Not surprisingly, when Iran’s foreign minister, Hossein Amirabdollahian visited Beirut last October, his offer to rebuild the city’s port was partly directed against Paris’ ambition to do so itself, through the French CMA-CGM shipping company.

Yet the limits of Iran’s power were apparent last summer, when Egypt and Jordan reached an understanding with the US to send Egyptian gas to Lebanon via a pipeline through Syria to generate electricity. The project is controversial, as it is a way of reintegrating Damascus into the Arab fold. But it was also regarded as a barrier to Iran’s efforts to exploit Lebanon’s economic collapse for its own purposes.

Indeed, the day before the US ambassador in Beirut announced the plan, Hezbollah’s secretary general Hassan Nasrallah took to the airwaves to pre-empt the move by promising that Iran would itself be sending fuel to Lebanon.

The best that can be hoped for is compelling Iran to accept that Lebanon is a shared interest with Arab states. This will not be easy, nor will Hezbollah and Iran readily go along with it. But Hezbollah does not control Lebanon’s non-Shiite communities (and also faces resistance from some Shiite circles). If Arab states expand their efforts there, they could take advantage of the sectarian system to remind Tehran that it cannot decide Lebanon’s path alone.

This will not resolve the matter of Hezbollah’s weapons, nor is that outcome realistic today. But only once Iran is constrained by the manoeuvres of Arab states will it recognise that seeking hegemony over Arab societies creates pushback. This will oblige it to make compromises that ultimately lead to more far-reaching understandings.

Originally published in the National