China, Russia partner up against the West as tensions over Ukraine, Taiwan escalate 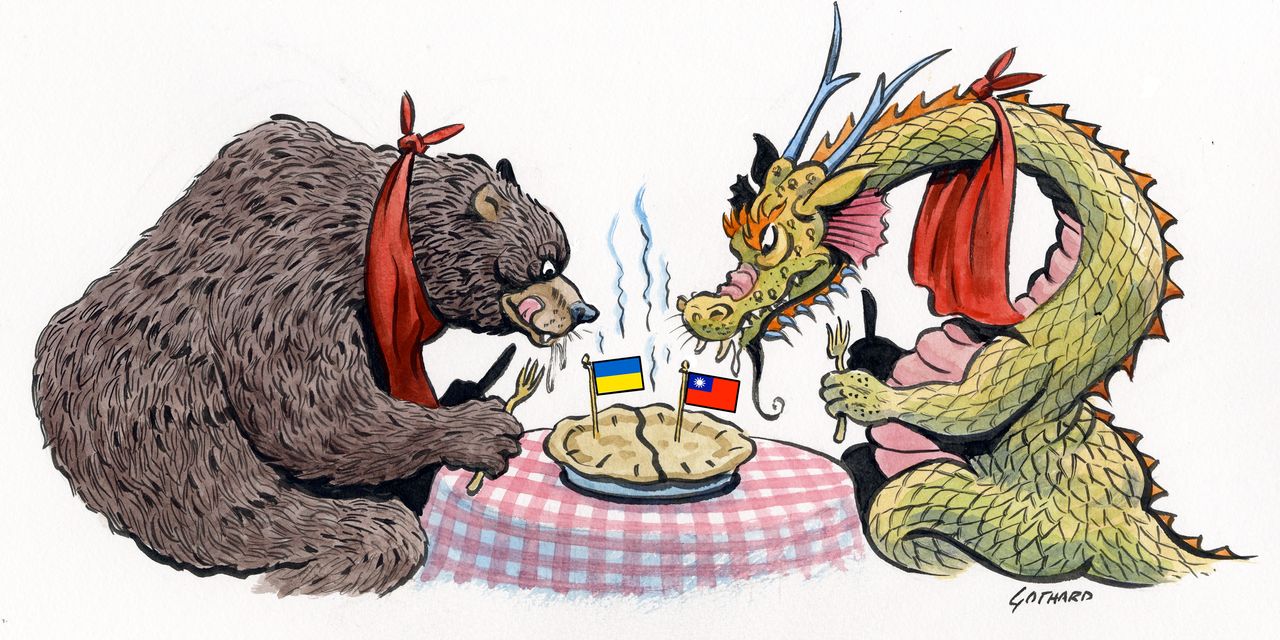 A critical achievement of modern civilization may rest on the fate of these two small countries, TAIWAN and UKRAINE in danger of being swallowed by imperial neighbors CHINA and RUSSIA who continue to bully their neighbors. Russia has already invaded its neighbor as the world watches China’s next move.
Share:

BEIJING/ MOSCOW/WASHINGTON, (Reuters) – China and Russia on the opening day of the Winter Olympics declared a “no limits” partnership, backing each other over standoffs on Ukraine and Taiwan with a promise to collaborate more against the West.

President Xi Jinping hosted President Vladimir Putin on Friday as the two nations said their relationship was superior to any Cold War era alliance and they would work together on space, climate change, artificial intelligence and control of the internet.

Beijing supported Russia’s demand that Ukraine should not be admitted into NATO, as the Kremlin amasses 100,000 troops near its neighbour, while Moscow opposed any form of independence for Taiwan, as global powers jostle over their spheres of influence.

“Friendship between the two States has no limits, there are no ‘forbidden’ areas of cooperation,” the two countries said in a joint statement.

The timing of their announcement was highly symbolic, at a China-hosted Olympics that the United States has subjected to a diplomatic boycott.

The agreement marked the most detailed and assertive statement of Russian and Chinese resolve to work together to build a new international order based on their view of human rights and democracy.

Putin used the occasion to trumpet a new gas deal with China worth an estimated $117.5 billion, promising to ramp up Russia’s Far East exports.

The United States hit back, saying Xi should have used the meeting to push for lowering of tensions in Ukraine.

Such an approach is what the world expects from “responsible powers,” the U.S. State Department’s top diplomat for East Asia Daniel Kritenbrink said.

“If Russia further invades Ukraine and China looks the other way, it suggests that China is willing to tolerate or tacitly support Russia’s efforts to coerce Ukraine…”

Moscow denies it is planning an invasion of Ukraine.

Daniel Russel of the Asia Society think tank, who served as the U.S. State Department’s top diplomat for East Asia in the Obama administration, said Xi and Putin were “announcing their determination to stand together and to stand against the U.S. and the West — ready to withstand sanctions and contest American global leadership”.

While not formally allied, the two “are making common cause as a tactical matter to better defend their respective interests and their authoritarian systems from Western pressure”, he said.

The two countries have moved closer together as both have come under pressure from the West on human rights and other issues.

In the lengthy document – nearly 5,400 words in English translation – each went significantly further than before in backing the other on flashpoints of tension with the West.

– Russia voiced its support for China’s stance that Taiwan is an inalienable part of China, and opposition to any form of independence for the island.

– They expressed concern about “the advancement of U.S. plans to develop global missile defence and deploy its elements in various regions of the world, combined with capacity building of high-precision non-nuclear weapons for disarming strikes and other strategic objectives”.

Elsewhere, without naming Washington, they criticised attempts by “certain states” to establish global hegemony, fan confrontation and impose their own standards of democracy.

Scott Kennedy, a China expert at Washington’s Center for Strategic and International Studies, said that despite the rhetoric, there would be limits to the alliance.

“China is willing to stand with Russia through thin but not thick,” he said. “If a war breaks out over Ukraine or Taiwan, we can expect this partnership to fracture.”

In the technology arena, Russia and China said they were ready to strengthen cooperation on artificial intelligence and information security.

They said they believed that “any attempts to limit their sovereign right to regulate national segments of the Internet and ensure their security are unacceptable”.

The deals capitalise on Putin’s drive to diversify Russian energy exports away from the West, which started shortly after he came to power in 1999. Since then Russia has become China’s top energy supplier and cut its reliance on the West for revenues.

The Kremlin said the presidents also discussed the need to broaden trade in national currencies because of unpredictability surrounding the use of the dollar.

U.S. President Joe Biden has said Russian companies could be cut off from the ability to trade in dollars as part of sanctions if Russia invades Ukraine.

The first of 2,000 American troops sent to reinforce NATO allies in Eastern Europe and Germany arrived on Friday