Armed depositor withdrew $50,000 from a Lebanese bank by force 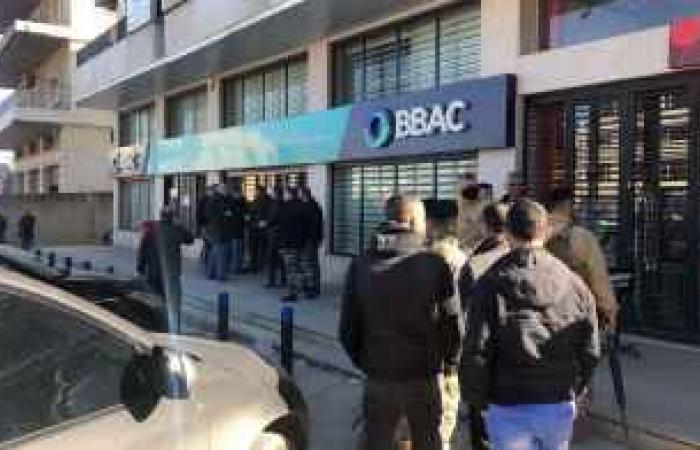 A depositor armed with an assault weapon , a hand grenade and a gallon of fuel , forced his way into BBAC bank( ( Bank of Beirut and the Arab Countries ) branch in Jeb Jannine , took dozens of employees and clients hostage on Tuesday, according to report by the Arabic website El -Nashra .

The man who was later identified as Abdullah Al-Saei took the hostage after the bank “refused to hand him his money.”

“Al-Saei who hails , from the West Bekaa town of Kefraya, wanted to withdraw $50,000 from his account, and when his request was declined, he took the hostages , poured the fuel over the bank floor and around it and threatened to torch the bank and blow it up if he was not allowed to withdraw the amount that he demanded the report added.

Al-Saei received the demanded amount and then surrendered to the security forces .

According to El-Nashra the Public Prosecution of Appeal in the Bekaa ordered the security forces on Tuesday evening to seize the $50,000 from Al-Saei .

Shortly after the outbreak of a popular uprising on Oct. 17, 2019, Lebanese banks imposed capital restrictions, including freezing deposits of dollars, limiting withdrawals and blocking transfers.

However, billions of U.S. dollars have reportedly been transferred abroad by influential politicians and businessmen before and during the crisis, despite the restrictions. Although these transfers were legal, they were made in a discriminatory and unethical way, financial experts and politicians say. There was still no official confirmation about the total amount transferred or who made the transfers.

Lebanon has been sinking deeper into economic crisis, described by the World Bank as one of the worst in the world since the mid-19th century. The Lebanese pound has lost more than 90 percent of its value, poverty and unemployment is high, and inflation has skyrocketed, further impoverishing the population.

People woke up one day to the painful reality that they had no access to their funds and couldn’t withdraw money from the banks, which began to impose their own rules in the absence of any government measure to regulate the financial sector.

The parliament has failed to pass a formal capital control law. Deputy Prime Minister Saade Chami announced last week that officials have finally agreed on the size of the country’s massive financial losses, estimating them at some $69 billion.

Having been deprived of their life savings, many depositors refused to keep silent and resorted to courts. Several lawsuits have been filed by depositors against Lebanese banks in Lebanon and abroad, including France, the United Kingdom and the United States, some have succeeded and others still trying , more