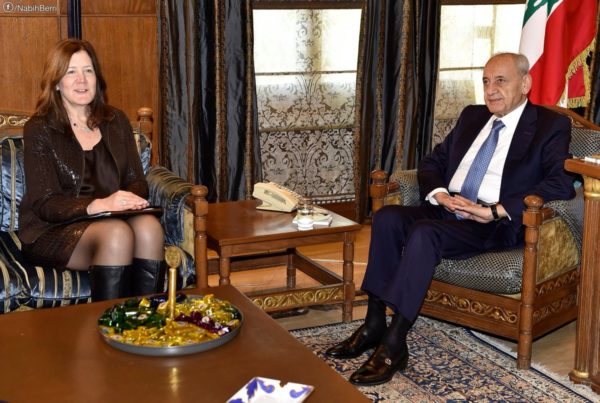 “We have been surprised by a media report claiming that the Central Bank was yesterday the subject of a discussion between Ambassador Shea and Speaker Nabih Berri,” the Embassy said in an Arabic-language tweet.

“In fact, the discussions with the parliament speaker focused on questions related to parliament and on an expected visit by a State Department official,” the Embassy stressed .

The Hezbollah linked Al-Akhbar newspaper reported Wednesday that Shea asked Berri in their meeting on Tuesday to “intervene to prevent any reckless act against (Central Bank Governor Riad Salameh.”