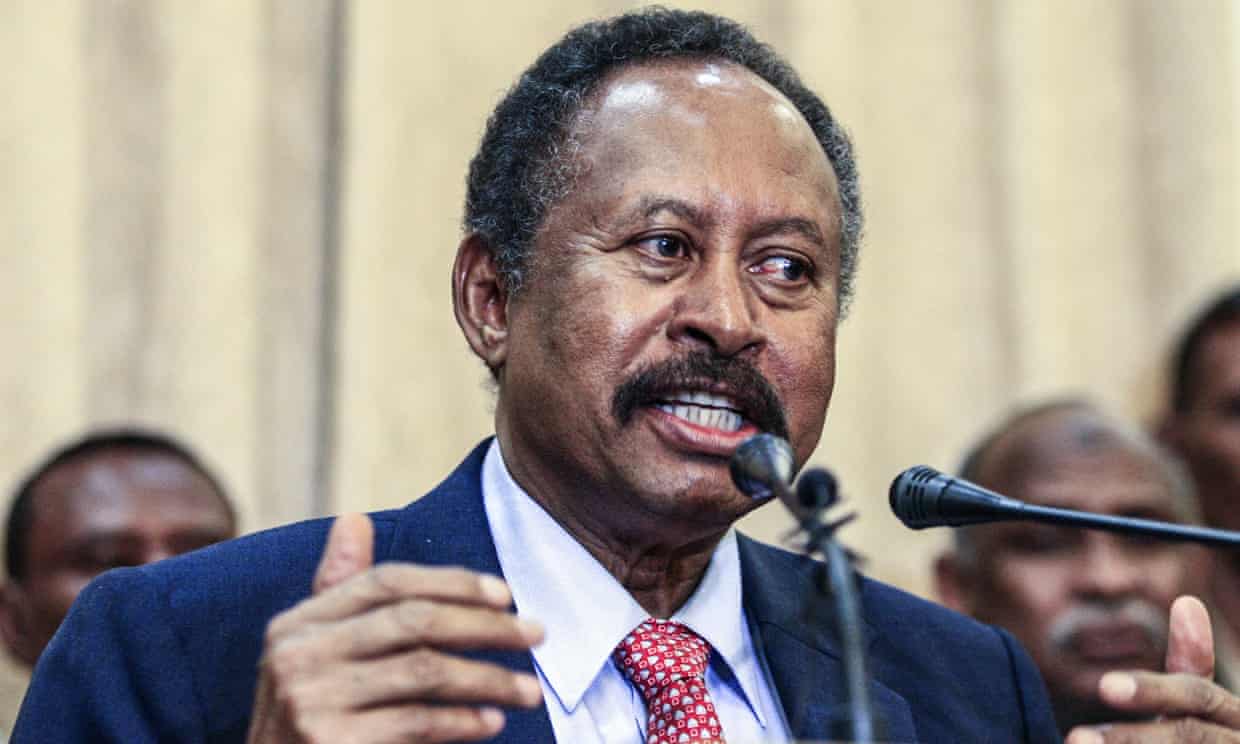 His resignation followed another day of protests, where medics said at least two were killed.
Share:

Sudan’s Prime Minister Abdalla Hamdok has announced his resignation just weeks after he was reinstated in a controversial deal with the military.

The army seized power in October and put Mr Hamdok under house arrest, but he was reinstated following a power-sharing deal with the coup’s leader.

His resignation followed another day of protests, where medics said at least two were killed.

In a televised address, Mr Hamdok said Sudan was at a “dangerous turning point that threatens its whole survival”.

He said he had tried his best to stop the country from “sliding towards disaster”, but that “despite everything that has been done to reach a consensus… it has not happened”.

“I decided to give back the responsibility and announce my resignation as prime minister, and give a chance to another man or woman of this noble country to… help it pass through what’s left of the transitional period to a civilian democratic country,” he added.

Civilian and military leaders entered an uneasy power-sharing agreement aimed at moving the country towards democratic rule after a popular uprising led to the overthrow of Sudan’s long-term authoritarian President Omar al-Bashir in 2019.

Under the agreement reached with Mr Hamdok in November, the reinstated prime minister was supposed to lead a cabinet of technocrats until elections were held. But it was unclear how much power the new civilian government would have, and protesters said they did not trust the military.

Thousands of people took to the streets of the capital Khartoum and the city of Omdurman on Sunday. Protesters chanted “power to the people” and called on the military to leave politics alone.

On social media, activists have said 2022 will be “the year of the continuation of the resistance”.

More than 50 people have been killed at protests since the coup, including at least two on Sunday, according to the pro-democracy Sudan Central Doctors’ Committee.

Coup leader Gen Abdel Fattah al-Burhan has defended last October’s coup, saying the army had acted to prevent a civil war that was threatening to erupt. He says Sudan is still committed to the transition to civilian rule, with elections planned for July 2023.

January 1 marked Sudan’s Independence Day but there’s little to celebrate in the country at the moment.

The resignation of PM Abdalla Hamdok is a big blow to the military leaders who had thought an agreement with Mr Hamdok would appease protesters and legitimize their stay in power.

Clearly those calculations were wrong. But it means the army are now firmly in power, reversing gains made as the country attempted to return to civilian rule.

And there’s also the risk that the country could go back to being a pariah state with the likes of the US already indicating that they would sanction those impeding a return to civilian rule.

Given Sudan’s economic struggles, that could have an even worse effect on the lives of Sudanese people.