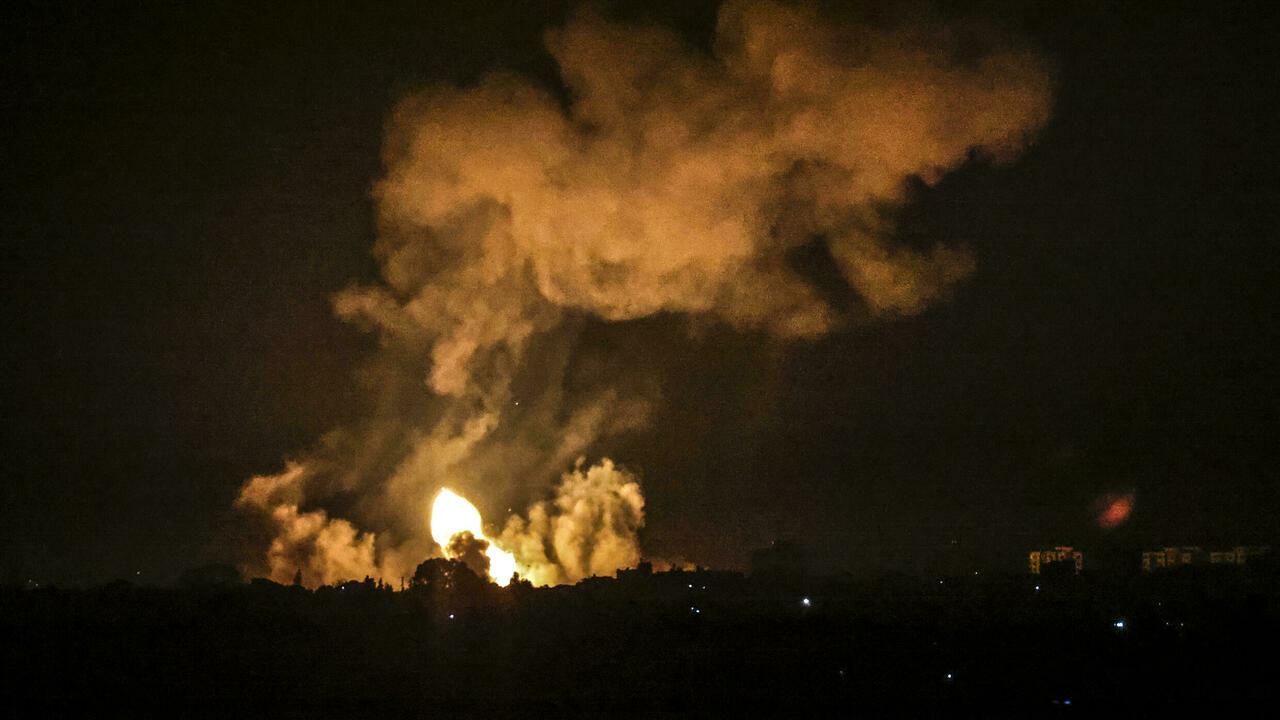 Smoke and fireball rises following an air strike in Khan Yunis in the southern Gaza Strip, in early time on January 2, 2022. – Israel launched airstrikes against Gaza, a source inside the enclave said. The IDF is currently striking targets in the Gaza Strip.
Share:

Palestinian sources told AFP the army had targeted “a site of the al-Qassam Brigades, west of Khan Yunis” in southern Gaza, referring to the military wing of Hamas, the Islamist movement controlling the territory.

The sources also reported Israeli artillery fire on a Hamas observation base in northern Gaza.

Hamas condemned the Israeli strike, with a spokesman vowing “to defend our Palestinian people and liberate our land and our holy sites from the occupation and its colonial settlers until achieving the inevitable triumph”.

The Israeli strike came after two rockets were fired from the Gaza Strip on Saturday morning, falling into the Mediterranean Sea off Tel Aviv.

No warning sirens sounded and Israel’s Iron Dome rocket interception system did not deploy, the army said in a statement.

Sources in Hamas told AFP that “the firing of the two rockets on Saturday morning was a technical problem due to the bad weather”.

“All of Hamas’s stories about lightning and thunder, that repeat themselves winter after winter, are no longer relevant,” he said at the beginning of the weekly cabinet meeting.

“Whoever aims missiles at the State of Israel will bear the consequences.”

Israel has maintained a blockade on the impoverished enclave since 2007, the year Hamas took power.

Last year Hamas fired barrages of rockets towards Israel during an 11-day conflict sparked by tensions in Jerusalem.

A fragile ceasefire came into force in late May.

Since then, only five rockets or mortar rounds were fired from Gaza towards Israeli territory, the military had said in an annual report released at the end of December, before the latest launches.