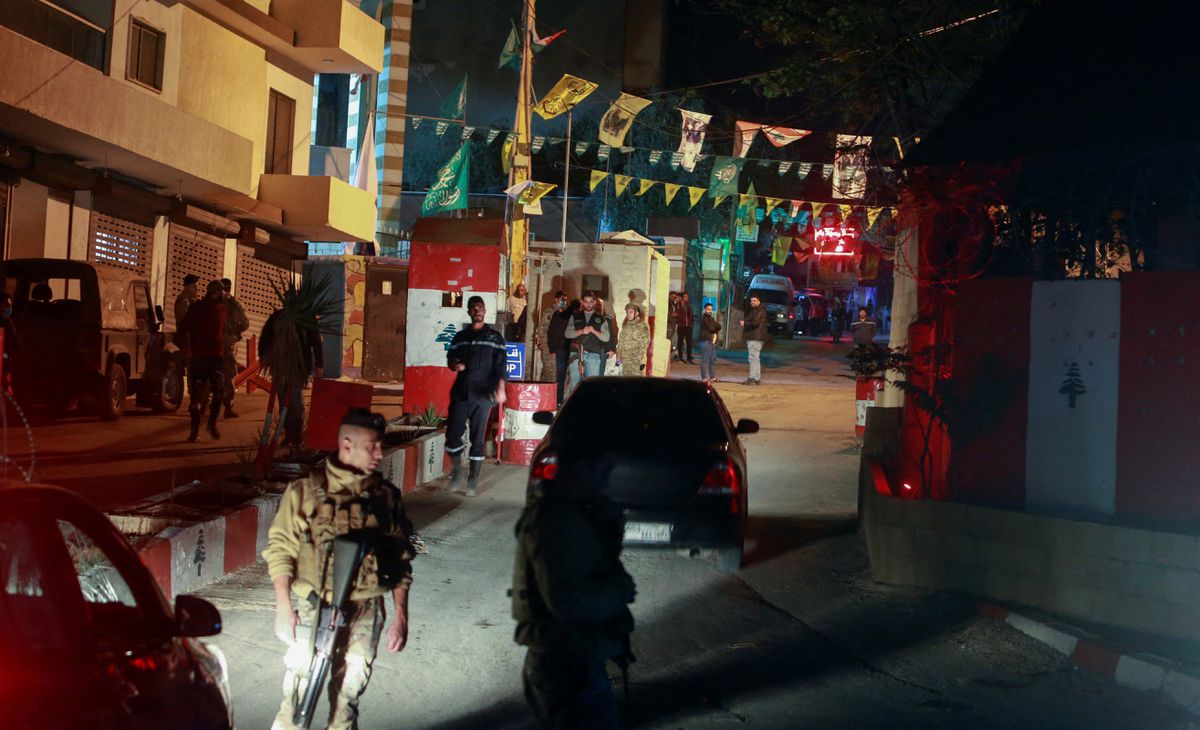 Lebanese army soldiers stand guard at the entrance of the Palestinian camp where an explosion took place, in the southern Lebanese port city of Tyre, Lebanon December 10, 2021. REUTERS/Aziz Taher
Share:

BEIRUT, (Reuters) – A large explosion rocked a Palestinian camp in the southern Lebanese port city of Tyre on Friday night, injuring about a dozen people, according to rescue workers on scene and a Palestinian source inside the camp.

The state-run National News Agency (NNA) reported an unspecified number of deaths, but local media and civil defense workers on scene said there had been no fatalities. A security source also said fatalities had not been recorded.

The NNA reported that the blast emanated from a Hamas weapons depot in the Burj al-Shemali camp and a judge had ordered security forces to launch an investigation.

A number of armed Palestinian factions, including Hamas and the Fatah Movement, hold effective control over roughly a dozen Palestinian camps in the country, which Lebanese authorities by custom do not enter.

Shehab News Agency, seen as close to Hamas, quoted a Palestinian source as saying the explosion was caused by the ignition of oxygen canisters stored for use in fighting the COVID-19 pandemic.

The security source said the fire had since been brought under control.

Hamas has not officially commented.

The area surrounding the blast had been evacuated and rescue crews had deployed, the Palestinian source said.

Videos from the scene shared by local media show a number of small bright red flashes above the southern city, followed by a large explosion and the sound of glass breaking.