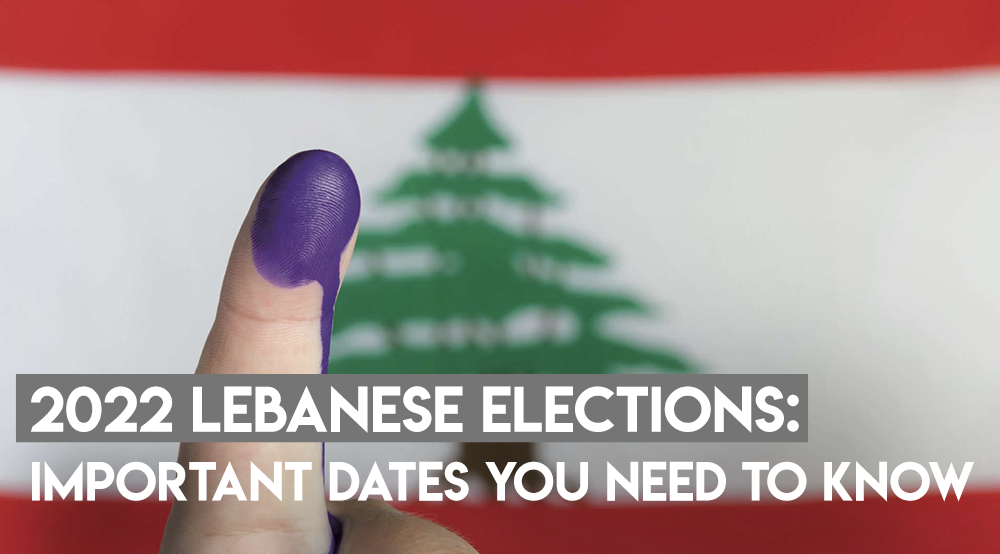 More than 210,000 members of diaspora have registered to vote in crisis-hit country’s upcoming parliamentary election.

Beirut, Lebanon – Before mass protests against Lebanon’s ruling elite swept the country in October 2019, Yasmin Saad never thought she would be particularly invested in her home country’s politics.

But two years later, watching from France a number of compounding crises battering millions of Lebanese, the 22-year-old marketing student decided to register to vote in next year’s parliamentary election.

“I feel it’s a last chance – or a last hope,” Saad told Al Jazeera from Marseille. “What really, really pushed me to start voting was those days when everyone was protesting on the street – and we had protests and gatherings of our own in France.”

She is not alone. More than 210,000 Lebanese living abroad have met Saturday’s deadline and registered to cast ballots in the March 27 election – more than double the number of expats who signed up for the previous polls in 2018.

Millions of Lebanese have left the country over the past decades, taking their skills and talents abroad to seek better opportunities in the face of instability, entrenched corruption and financial mismanagement. Though there are no clear numbers, many estimates claim that more live abroad than within the tiny country itself, home to some 6.5 million people, including Lebanese and refugees.

Lebanese abroad were allowed to vote for the first time in 2018 under a new electoral law that also stipulated that six new seats would be added to the parliament in the 2022 election to represent the diaspora. However, independent political parties and many expats disagreed with the addition, arguing this was a way to isolate the diaspora from the local constituencies. Last month, MPs rejected adding those six seats, which means expats will vote in May for the existing 128 seats.

In October 2019, mass protests spread across Lebanon against a ruling elite of sectarian parties and private sector cronies that had had a foothold in the country for several decades. Lebanese in dozens of cities around the world held similar protests in solidarity with the youth-led demonstrations back home, adding their voice to the calls for an overhaul of Lebanon’s sectarian power-sharing system that has resulted in widespread nepotism.

Since then, the crisis has deepened even further, with Lebanon’s local currency losing over 90 percent of its value against the United States dollar. About three-quarters of the population live in poverty, relying heavily on charity and aid in the absence of viable social programmes.

Saad said the past two years have pushed her and her friends to support independent candidates who have pledged to challenge the status quo.

“We were all united for once, to just have a change and want a better future,” Saad explained. “It made me realise that maybe these elections were going to be different.”

Mark Daou is a candidate in the mountainous Chouf-Aley area on behalf of Taqaddom, a party he co-founded that he describes as “progressive” and “social democratic”.

He said the diaspora registration turnout was a promising development and reflected a greater enthusiasm among Lebanese expats to take part in the polls.

“We have been able to contact several Lebanese – but actually they have been contacting us which is even better,” Daou told Al Jazeera over the phone as he headed on Friday to France after finishing a meeting with Lebanese living in Germany. “They would ask us, ‘Are you going for it? Should we register [to vote]?’”

Edy Semaan left Lebanon for the United States in 2017 to pursue his Masters degree and is currently working as a communications specialist in Washington, DC. He did not vote in Lebanon’s last election four years ago but this time, he plans to take time off work and head back home early to support independent parties’ campaigns in the lead-up to the polls.

Still, he admitted he did not expect to see a major parliamentary overhaul, pointing to the ruling parties’ financial firepower and clientelistic network across dozens of countries – Lebanon’s traditional political powers have for decades invested in maintaining support from their partisans in the diaspora, many of whom have become financial patrons.

“I do not think the diaspora will make a huge difference this election season, but I think they will help bring a few fresh faces into parliament,” Semaan said, arguing that ending Lebanon’s “deep-rooted corruption” will take years.

Ibrahim Halawi, secretary of foreign relations at Citizens in a State, an independent party that announced last week it will take part in the vote, asserted that “there is no ‘the diaspora’.

“It completely erases the long-term existence of sectarian organisation among the diaspora,” he told Al Jazeera.

For his part, Daou said he hoped independent political parties and opposition groups could secure “10 to 20 percent” of parliamentary seats.

On paper, that would look like an insignificant fraction. But in reality it could represent a significant breakthrough as Lebanon’s sectarian power-sharing system, which allocates seats for different sects in different districts, has been a major hurdle for independent candidates.

As a result, building an electoral base for a district is not just about bringing in the most qualified and suitable candidate – it is also about finding like-minded people of certain sects in their respective districts.

Lebanon’s ruling elite – ranging from the Iran-backed Shia movement Hezbollah to the Saudi-backed Christian party the Lebanese Forces – has long taken advantage of this unique power-sharing system, managing to maintain political strongholds in certain parts of the country.

‘Battle for distribution of losses’

The parliamentary election comes at a crucial time for cash-strapped Lebanon.

The current government under Prime Minister Najib Mikati faces a handful of obstacles to get the country back on track. It has prioritised resuming talks with the International Monetary Fund for a bailout plan, which would unlock billions of dollars in loans and economic assistance.

While the country’s Central Bank and commercial banks have been lobbying the government to ensure they are not too burdened by the recovery plan, Olivier De Schutter, the United Nations special rapporteur for human rights and extreme poverty, recently criticised them for not acknowledging their role in the crisis due to their poor practices and mismanagement of depositors’ savings.

With this in mind, Halawi, of Citizens in a State, said even a few new legislators will be able to push back against the influence of the country’s broken financial system and ensure that the millions of already pummeled Lebanese do not also carry extra financial burden in the recovery phase.

“It’s a battle for the distribution of losses,” he said.

“This is the moment, historically speaking, to which society should claim universal healthcare and education as a right. This is when the banks and crooked elites are at their weakest. We need to hit them hard to get what we want.”